Could VR Be the Future for New Plant Parents? When people start as gardeners or plant collectors, they might begin their mission to become the green-fingered hero they’ve always dreamt of being a little tentatively. They might start by planting some safe common herb seeds, or by nervously scanning plant shops for the sturdiest looking plant babies. They might plant a few tomatoes in pots in the garden, not bearing to address the flower beds for fear of slugs decimating everything or a flower starting off its life in the wrong soil type.
It can be difficult being a new plant parent. While there are no mistakes in gardening, only experiments - what if virtual reality could help people with their experimentation anxiety? 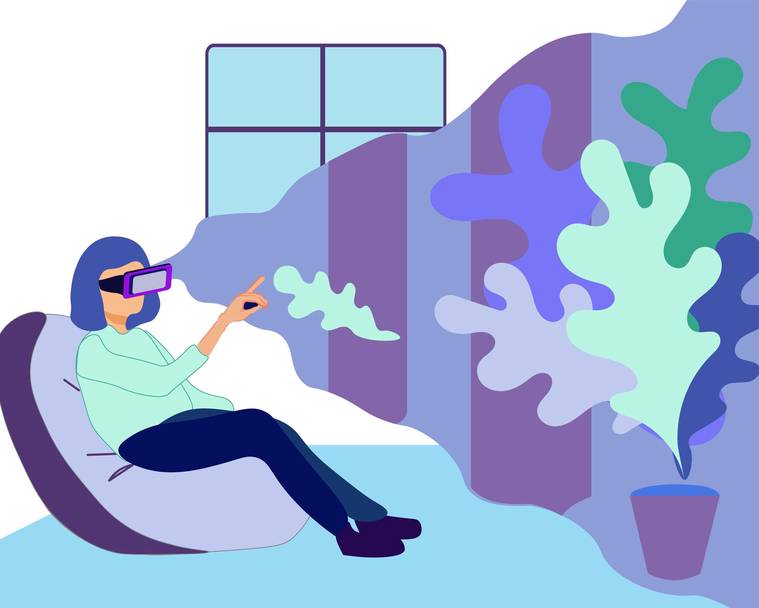 VR has been called an ‘empathy machine’. It can help us connect with others, learn more about our environments and enables people to transcend their immediate reality and feel part of a greater collective.
VR has also been said to produce a feeling of “awe” which psychologists have associated with a broadening of attentional focus. In one paper they say this little-studied emotion, “entails a need to update our current knowledge of ourselves and the world.” This could be particularly useful for the new plant owner lacking inspiration.
As an engineer at Candide, Andres Ramirez, said,
“

VR brings “your whole body into the interaction. It is hard to describe if you haven’t tried it, but it’s very difficult to be passive when you are in VR.”

Researchers are using it to give students the opportunity to explore plant cells for educational purposes. Journeying through the maze of chloroplasts and inspecting the glowing nucleus, students pair up to reveal nature's hidden workings. One can imagine a similar concept in the form of a virtual community that lets you test out growing different flowers and plants amongst a friendly VR community while learning about the plant’s unique biological needs. It's also been found that VR can help people think more seriously about the climate. One Stanford University experiment discovered that people were more likely to conserve paper if they virtually experienced cutting down trees.
And for people who want to learn about nature but who might not necessarily have access to it, there are ongoing investigations about the possibility of using VR to produce immersive nature scenes. If people have a tendency to undermine their own ability, this could be just the ticket.
Candide is in the process of creating 360 images of gardens while helping gardens to create virtual tours. But could there be further possibilities?
The potential uses of VR are limitless, allowing people to experience new realities while influencing our behaviours.
While gardening games are flourishing amidst turbulent times, perhaps VR gardens can now be engineered to have a lasting impact in the real world.