Gasteria or ox tongue, as they are commonly referred to, is a genus of plants endemic to Southern Africa. Their unique form and pendulous flowers have attracted enthusiastic collectors from around the world. And no wonder, as you can find a species in bloom at any time during the year. 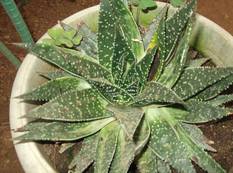 In order to learn more regarding this unusual genus, we dive into a bit of history, learn how to grow and care for them, as well as doing some hand-pollination at home. 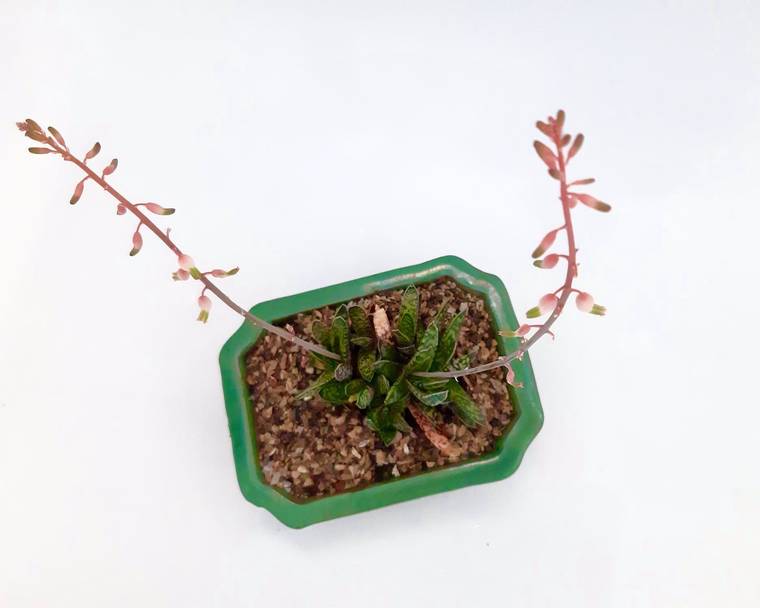 During 1620-1680 the European interest in South African and Australian flora peaked, prompting many botanical expeditions. Nonetheless, it was only after the turn of the 18th century that Carl Linnaeus collected the first Gasteria specimens. These and other collected specimens made their way to Europe over the coming years. Fast forward several centuries to today’s South African botanists and we are still discovering new species.
Habitat: Gasteria occur on cliff faces and Klein Karoo shrubland. Most of the species are located in the Eastern Cape with some like Gasteria carinata extending into the Western Cape. 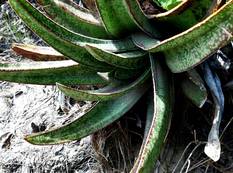 || Gasteria acinacifolia|| In habitat (Robberg NR) they are impressive giants that keep watch on the coastal cliffs. One of the easiest succulents to grow, they manage full sun and adapt to almost any rainfall. #LocalStrandveld

It is no secret that one of South Africa’s foremost botanists, Ernst van Jaarsveld (@ernstvanjaarsveld), started his career with a masters thesis on South African Gasteria. He has since gone on to publish numerous titles and curated the current succulent collection at Babylonstoren. The most recent publications include a new species registered in 2020. Gasteria visserii is the latest in a handful of species that have emerged in recent decades, begging the question: “Do we really know all of them?” Gasteria are close enough (genetically) to Haworthia and Aloe that cross-hybridisation is possible. This has triggered a mountain of quick-growing hybrids to enter the horticultural industry, providing each homeowner with a windowsill plant. The variety of cultivars has its own following and thus sustain an industry on its own.
Not sure how to distinguish between Aloe, Haworthia and Gasteria? Dig into the post below! 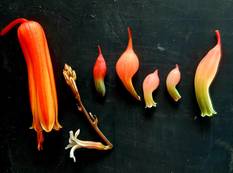 What is a hybrid? A plant that has been created by two different parent species.
Some of the most sought after hybrids have come out of East Asia, specifically Japan. These include Gasteria “Silver Fuji”, Gasteria “ Isomatsu”, Gasteria ‘Ginsha Kodakara’ and Gasteria ’Sakiware’ to name but a few. If you are like me, you opt for admiring species in lieu of hybrids. Lucky, many dedicated succulent nurseries also offer seed grown species. So if one wants to start a collection there are many to choose from.
Autumn/Winter flowering: 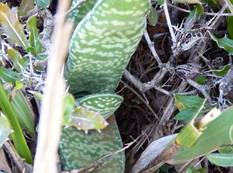 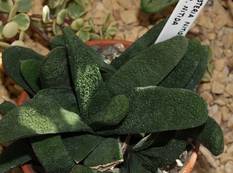 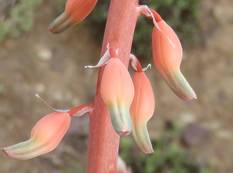 The succulent nature of Gasteria extends to their fleshy root system. In many cases, the root system is shallow and strong, allowing them to grip onto cliff faces (accessing small pockets of soil). This tells us that they do not need large amounts of water. Coastal species may be more tolerant of overwatering than Karoo or semi-desert species, but root rot remains a universal problem.
Here are some care tips:

Gasteria have a natural tendency to produce clumps via pups or suckers at the base of the plant. Removing the pups is the easiest way to propagate. A close second is by sowing seed. The flowers are pollinated by sunbirds and sugarbirds alike but can be hand-pollinated.
Hand pollination: Attach a single strand of paintbrush fibre to a toothpick with tape. You can also use hair or a very fine paintbrush (size 1-2). Collect the pollen and transfer it to the stigma.
See the guide below to learn more about collecting succulent seed. Germinating Gasteria seeds are fairly straightforward in my experience. It just takes around 2-3 years before the seedlings reach a size where you can pot them on. Keep this in mind when spacing the seeds. Seedling trays do not need to be very deep and make sure to keep them moist. 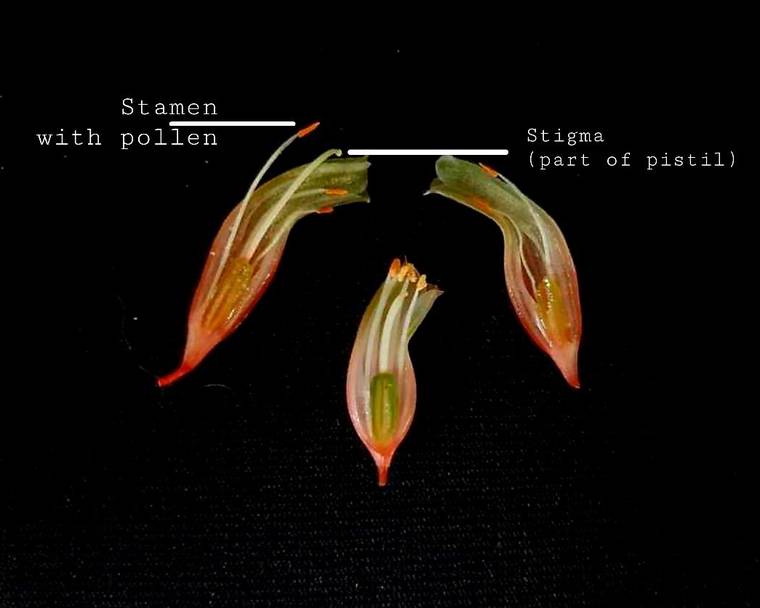 I would highly recommend that collectors go the extra step of acquiring one or more reference books on species. These give you a new appreciation for the genus.
Reading material:
To explore the rest of the series on succulents scroll down and enjoy.

Do you have a favourite succulent in your collection? Share it with us in the comments below!

Succulents are a staple that many a gardener has come across in one way or another. These superheroes are subjected to wooden...

Haworthia is a genus that has captivated collectors the world over. From Japan to South America, each continent currently has...

Spanning the Arabian Peninsula to the forests of Central and Southern Africa, a group of plants have emerged that rival...