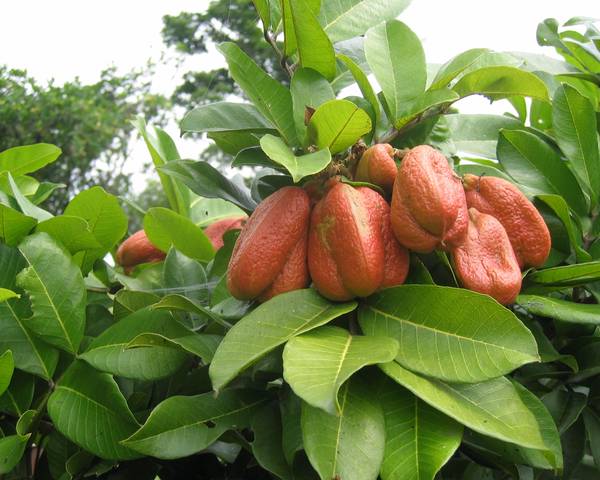 The Ackee is an evergreen tree, with egg-shaped leathery leaflets and fragrant flowers & pear-shaped fruit that are enjoyed by many despite its toxic properties. Only the pulp (aril) of fully formed ackee should be consumed, after the fruit has burst open on its branch & the aril has been exposed to the sun. This fruit is so enjoyed in places such as Jamaica, that chose it as their national fruit. Apart from being enjoyed in Caribbean cuisine, it also has medicinal, ornamental & poisonous applications.

Top 10 trees to plant in a small garden

How to choose a tree

No serious pests or diseases known except for the Verticillium wilt disease.

How to harvest Ackee Apple

Traditionally twice a year the ackee fruit is harvested. The ackee must be allowed to open fully or at least partly before it is detached from the tree & the arils removed and cleaned in preparation for cooking.

How to propagate Ackee Apple

Ackee may be propagated by seed, however, the seeds are short-lived and should be planted within a few days after extraction from the fruit. Germination time - 2-3 months.

Stem cuttings dipped in rooting hormone should grow under mist.

Attracts insects such as bees.

The spreading of ashes obtained from calcined capsules is a repellent for some insect pest.

Other uses of Ackee Apple

Although from Northern Africa, it became popular in Carribean cuisine.

The ash can be used as insect repellent