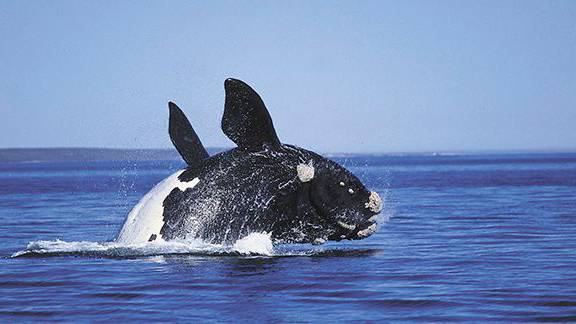 Walker Bay is a coastal nature reserve in the south-western Cape, just east of Hermanus. The reserve includes five coastal areas between Hermanus and Die Dam near Struisbaai.

The largest area, known as Walker Bay, stretches from Klein River to De Kelders at Gansbaai. Die Plaat is the area’s white sandy beach, with rocky limestone outcrops and the occasional southern right whale offshore. The scenic Klein River lagoon, north-west of the reserve, flows into the sea at times.

Walker Bay is also historically significant, with records of Middle Stone Age people (65 000 to 85 000 years ago) living in Klipgat Cave. There is also evidence that Khoi and San people lived in the area about 2 000 years ago.

Walker Bay is a picturesque, pristine reserve with an abundance of coastal and marine life. It is known as one of the best spots in South Africa to do land-based whale watching. Every year, hundreds of southern right whales gather in the sheltered bay to breed and calve their young.

Loved this amazing place. Had a touch with the history and origins of the Khoisan. Nice caves, and beaches next to them. The view is amazing. Such a serene place

Spectacular coastline, fun 4x4 trail, not too many people, will go back!

Another amazing part of the Western Cape coastline, really worth a visit. So many breathtaking viewpoints in such a small space. The cliffs and caves are fun to explore and the info boards in the main areas add a bit of depth to the experience. Important to be aware of high tide as the waves can make exploring a little dangerous in places.

Close to Gansbaai, De Kelders. A must do experience. 🐳 🌊 🌍 🥾 Walking, lingering, resting, enjoying the untouched beach, the sand, the dunes, the rocks, the deep blue water of the Atlantic. 2-3 times a day you can see the boats of Ivanhoe Sea Safaris and Southern Right Sharters in the bay which are looking for the Gentle Giants. And by the way , don`t forget an excursion to the Klipgat Caves beside. Moreover some small maps to orientate. The access to the entrance at Normandie St. isn`t so easy it likes, so have close look at Google maps or similar.

It was lovely to see all that this little reserve had to offer. Overlandy Tours took us through the reserve, our guide Lloyd was incredibly knowledgable and capable on the 4x4 routes. We saw ancient caves, pristine sand dunes, private beaches and took in all that the fauna and flora had to offer. Highly reccomend a drive through with Overlandy Tours.