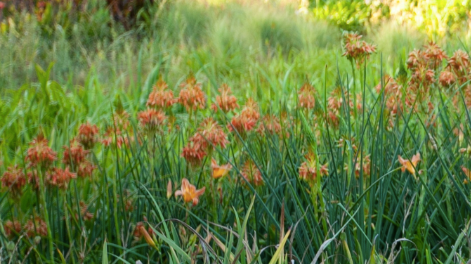 The Tokara Wine and Olive Farm opens its gardens to the public once a year. This is one garden that shouldn't be missed! It's a magnificent place to be for the senses- from a garden dedicated to indigenous plants to a picking garden, Tokara has it all. As you stroll through the gardens take extra care to look at the statues and keep an eye out for the amazing views overlooking the dam. On the same day, Tokara hosts the Rare Plant Fair. Vendors will sell a variety of indigenous plants to the more exotic, with something for even the most discerning of plant lovers.

Monday to Sunday 9am to 5pm

It was a cold and rainy day, but Tokara restaurant was warm and welcoming! With a fire burning, good food and excellent wine, lunch was most enjoyable. Thank you to Chamu for his friendly and professional service. I love food that is quality made and bursts with interesting combinations of flavour. Tokara does not disappoint! Also received a complimentary dessert for my birthday, which was unexpected.

The bad service ruined our afternoon. To explain this a little further: We planned to visit the Restaurant on the 01.05.2022 so we called a day before and made a reservation for 14:00 (for the restaurant to EAT there). I specifically told them not for wine tasting. The woman told me it is better to make a reservation as they expect it to be pretty busy due to the long weekend. She also told me that the kitchen is closing at 3:30. The next morning we called because something came in between and we would not have made it in time and asked if it would be possible to move the reservation to the day after (Monday).The man on the phone told me that this is no problem, asked me for my name and told me that he will move the reservation to the next day. When we arrived on Monday we were told that the restaurant is closed on Monday. We were really surprised as they did not tell us that when we moved the reservation. As we have not eaten all day (did a hike in the morning and were pretty stressed to make it in time for the reservation). But as it was already later afternoon we were looking for another winery to eat but all were either closed, fully booked or would have needed a reservation 24 hours before. So we were standing there with no nice place to eat and an hour wasted trying to organize a new place. So we went home and ate our leftovers. (And no we could not have ordered a platter and wine as we do not drink alcohol and we were looking for a meal). But the employee there did also not mention that option anyway. I mean the opening hours are clearly stated on Google and we could have seen that. But we obviously did not check, when having a reservation for that day. Thank you Tokara, the incompetency or lack of communication skills ruined an afternoon which could have been just nice. As we left Stellenbosch that evening there was no option to go the day after even though we would have loved to try out there menu. But after all of this I would not like to give this place a second chance as it cost me to much of my nerves on a beautiful afternoon.

Great escape with great views. It's family friendly with space for the kids to play while the peacocks roam around. Finally, the art on the property is just amazing and it really adds to the great experience .

This place was like something out of a glorious dream. We went in the rain and everything was soft and so incredibly beautiful. Service was exceptional and the food was ambrosia. Honestly one of the best restaurants I have ever been to.

The Rare Plant Fair was outstanding! What an incredible venue too. Views for miles! Thank you Tokara Wine Estate.