Walk in the footsteps of royalty in the beautiful gardens of Kensington Palace. 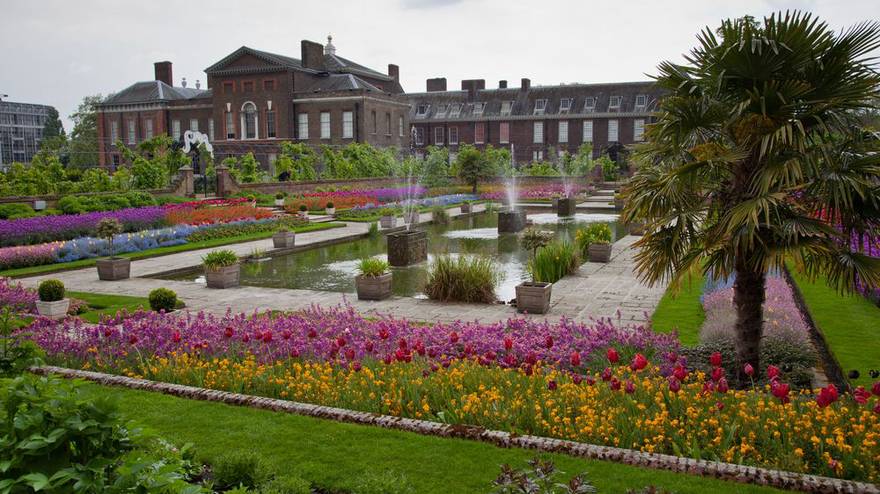 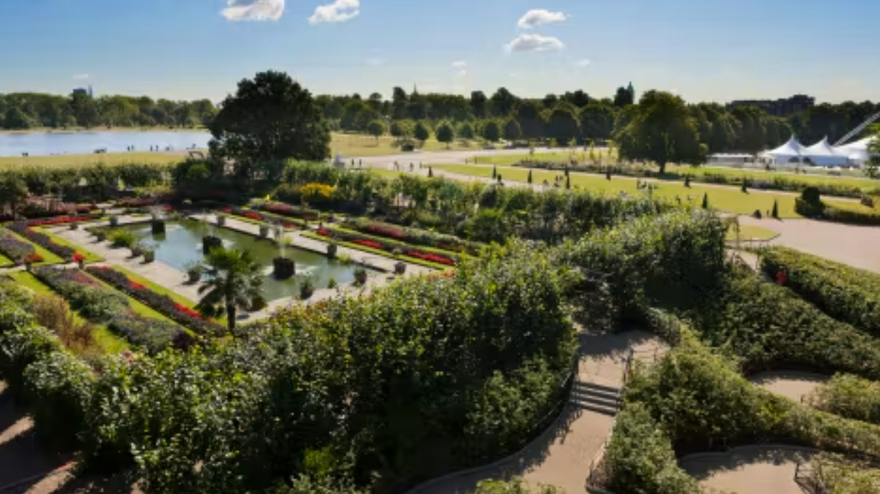 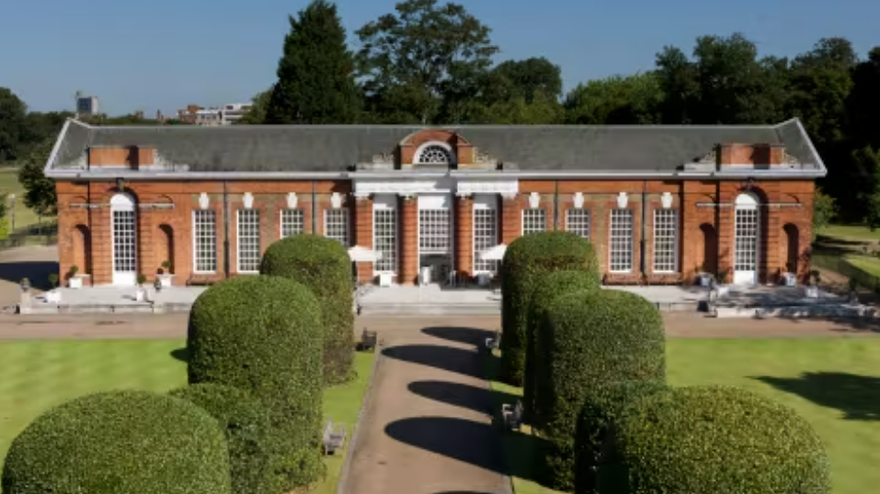 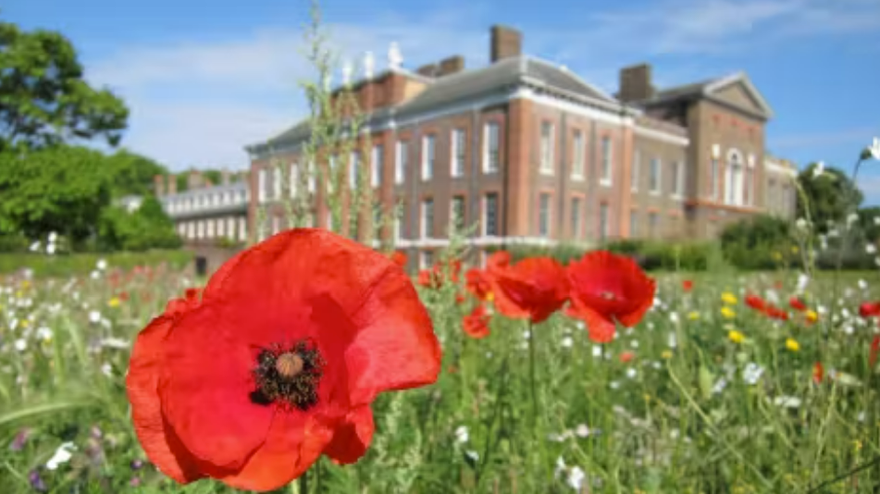 Kensington Palace Gardens is an intimate, tranquil and secluded oasis that boasts of the following gardens:

The Sunken Garden was first designed and constructed in 1908 when this part of the garden was previously occupied by potting sheds and greenhouses. This new layout was modelled on the Pond Garden at Hampton Court Palace and celebrated a formal Edwardian style of gardening incorporating natural materials, herbaceous planting on terraces and water features. In 2017 the garden was completely re-planted in white flowers for visitors to reflect and celebrate the life of Princess Diana. It took inspiration from Princess Diana’s dresses along with the famous Mario Testino photographs of the Princess. The garden continues to follow this peaceful and pastel-coloured style to this day which visitors admire and enjoy.

An arched arbour of red-twigged lime (Tilia Platyphyllus) surrounds the Sunken Garden with arched viewpoints equally spaced along the sides. In the summer, this shady tunnel provides the perfect place to view the bright colours in the Sunken Garden to the north or the re-landscaped gardens to the south. Some people will remember the colloquial name 'Nanny Walk' as this beautiful spot was a favoured meeting point for the many nannies in Kensington.

The wildflower meadow to the south-east of the palace includes poppies, campion, daisies, and many other native wild flowers, which bloom in the summer months. The effect is a lovely natural approach to the palace from the south. The flowers are also immensely beneficial to pollinators and other insects who sometimes struggle to find food and shelter in the big city.

Kensington Gardens began life as a King's playground; for over 100 years, the gardens were part of Hyde Park and hosted Henry VIII's huge deer chase. When William III and Mary II established the palace in 1689, they began to create a separate park. Mary commissioned a palace garden of formal flower beds and box hedges. This style was Dutch and designed to make William, who came from Holland, feel at home. When Queen Anne came to the throne in 1702, she created an English-style garden. The Orangery was added in 1704, an elaborate greenhouse built in the style of an elegant palace to protect Anne's citrus trees from the harsh frosts of winter.

Very nice park, where you can walk, have a picnic or ride a bike. There also ducks that you can feed, crows and squirrels to be found and photographed 🥰 When I visit London I try to spend some time on these beautiful open parks

I felt that Kensington Gardens is more of Princess Diana Memorial. I could feel such deep connection with the princess while walking around here, imagining how she must have walked around the same garden trails. It was a peaceful, nice walk. I do think that a lot more could be done to enhance the garden though.

This is a lovely garden. It was a lovely and sunny Friday, and there were a lot of people enjoying the sunshine with friends and loved ones. There is an Italian cafe and an ice cream van near where we were. The garden was clean as well. We enjoyed our walk.

Lovely Italian gardens just as you go in very near Lancaster gate tube station. Plenty of benches around the fountains, but you can also hire deck chairs by the hour, or just find a shady spot under a tree

The Italian Garden in Kensington Park is absolutely beautiful and kind of next to Hyde Park. A must-visit to take in the sun and weather on a good day. Plenty of benches to do some people-watching. Although a bit pricey, there are few better things than soft-serve ice cream with a chocolate flake while taking in the scenery!