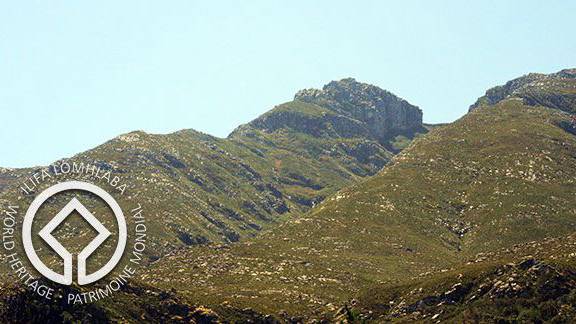 Marloth Nature Reserve is hidden away in the imposing Swellendam Mountains, between Swellendam, Ashton, Barrydale and Suurbraak. Swellendam is the third oldest town in South Africa and has many interesting cultural-historic features. The peaceful reserve, which is 14 123 hectares in size, is managed together with 16 532 hectares of privately owned land, and is a World Heritage Site.

Marloth Nature Reserve is named after the pioneer botanist who, together with a deputation of Swellendam residents, petitioned the Minister of Lands and Forestry in 1928 to set aside part of the mountain as a nature reserve. During 1981, the reserve was enlarged to include the rest of the State Forest and the Swellendam hiking trail was opened.

The reserve’s vegetation is predominantly mountain fynbos, with patches of forest. There are several species of protea and more than 25 species of erica, most of which flower in November. Marloth, like the rest of the southern Cape, has hot summers and cold winters. The higher mountain peaks are occasionally dusted in snow during the cold winter months.

This place is magical, little piece of nature heaven. Easy hike for moderately fit person and kids. For a female if you weigh over 90 this will be challenging when you get closer to the top only otherwise with support from a stick and loving friends and partner you'll make it just fine. Just being honest. Worth every minute. Breathe taking.

The Activity: Duiwelsbos and Koloniesbos trail hikes R50 pp. Please note, they only accept cash. Loads of trails available in a beautiful area. We went in the afternoon and due to a lack of time, we only walked the Duiwelsbos and Koloniesbos trails. Gates close at 4pm, though the lady said they will keep the gates open after 4 if needs be. We left at 16:30 and the gate was still open for us. Duiwelsbos is out and back and Koloniesbos is a loop. If you plan on doing both (their starting points are in the same parking area), do the Koloniesbos loop first, since Duiwelsbos is much prettier. Duiwelsbos: Gorgeous streams, ferns and plectranthus everywhere. The trail is well marked. Wild and prehistoric looking. The waterfall has 2 tiers. The second fall is quite a bit higher up. There is a lovely rock pool at the base of the Duiwelsbos waterfall. It was the coldest water I’ve ever entered. The trail is quite steep Koloniesbos has everything Duiwelsbos has, but to a lesser degree. Koloniesbos is a loop though, so for the greatest part of the trail you’re exploring something new. Duiwelsbos is out and back, so you get to see everything twice at different angles

Amazing but quite challenging hikes to beautiful waterfalls and rock pools where you can swim and enjoy the views.

The trail doesn’t start at the gate, merely where you pick up your permit. Duiwelsbos starts about 3km further but it is a nice gravel road through the pine forest. The start of Duiwelsbos itself is clearly marked with parking close by. The trail starts very easy until you reach the first pool, then it starts to rise and slowly grow steeper. Maybe it was because it was a hot day but it was also very humid underneath the tree canopy. Overall not a difficult trail because the trail is very well kept, but because it gets steeper the closer you get to the waterfall, be careful if you have bad knees.

It is awesome to be in nature and walking in the mountains, but the trails is not well maintained and is quite hazardous in some places. Please be well prepared and with other walkers to help and assist where necessary