5 Plants You Hadn't Realised Were Renamed

1
Naming plants is a complicated and ongoing process. As we get to understand the relationships between them better, the more we find names need changing.
Name changes can catch us all out, and even celebrity gardeners have trouble keeping up with all the developments. It's tough to re-learn a plant we've been familiar with all our lives.
The most recent notable and openly discussed change has been: 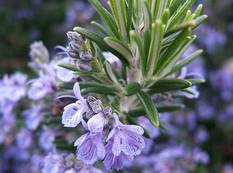 Gardeners have always known there was more than a passing resemblance between a Rosemary and some species of Salvia. DNA has proven the relationship is much closer than we can see visually. So, in 2017, they were re-classified: Rosmarinus officinalis became Salvia rosmarinus, but thankfully, kept the common name of Rosemary, to the relief of many gardeners as we get used to its new botanical name. 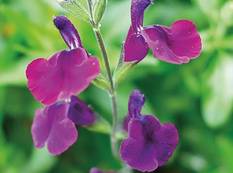 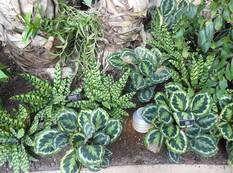 These beautiful plants have become increasingly popular as houseplants. They are now sold almost everywhere from specialist nurseries to supermarket shelves. However, the names on the labels vary from the common names of Prayer, Zebra, Rattlesnake and Peacock plants to the botanical names of Calathea or Goeppertia.
And that's where the confusion comes in. The genus was initially classified as Goeppertia in 1831 by German botanist Christian Gottfriel Daniel Nees von Esenbeck. The species within this genus were later re-named as Calathea based on further study of their morphology (plant structure).
However, a paper was published in 2012 that studied these plant's evolution through DNA relationships ("molecular phylogenetics"). This narrowed the number of species that qualified as Calathea and brought back the name Goeppertia as a genus for the majority.
Whatever name you know them by, their stunning foliage will always make them an attractive addition to our spaces.

The genus Rhus, also known as Sumac, originally included species that were found from America to Asia. However, in 1942 F.A. Barkley proposed that the species found in the Old World (Africa) should be re-classified as Searsia. It wasn't until this century when DNA was collected and sequenced that the relationship between African and Asian species was recognised. They were able to identify that they are distinct from the American Rhus genus. For those with a scientific mind, the South African Journal of Botany published a paper on the study, which is an interesting, if technical read. 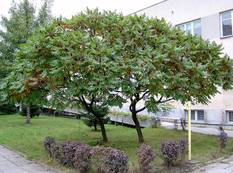 The Rhus genus is now a much smaller group of about 35 species of trees and shrubs native to America and parts of Eurasia (the landmass of Europe and Asia). To make things confusing, Poison Sumac has also been re-classified from Rhus vernix to Toxicodendron vernix. However, the relationship between Rhus and Toxicodendron is said to be complicated, and more study needs to be done before they fully understand if they are actually separate. Watch this space, names could change back again! 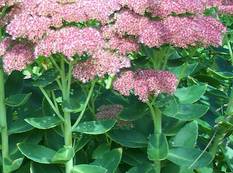 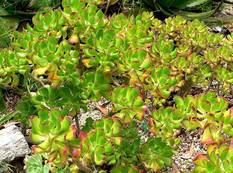 Another family that has been spilt are the Sedums. Those we know as Stonecrops, the mostly evergreen, low growing succulent varieties have stayed as Sedums. The tall, upright garden perennials that die back every winter, known as Ice Plants, have been grouped together and given their own genus Hylotelephium. It has taken a while for the name change to be established, but it is beginning to appear on plant labels in nurseries and garden centres.

To me personally, this is the family split I have the most difficulty remembering, as not all Aster species have been renamed. Detailed research was done during the 1990s, and it was found that Aster species in the New World (America) had evolved separately. They have since been re-classified and spilt into several different genera.
The Aster genus has now been restricted to those species which originated in Eurasia (Europe and Asia), approximately 180 species in total. 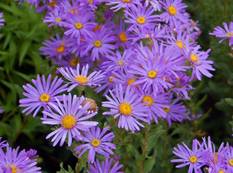 New World Asters
A. cordifolius, A. dumosus, A. laevis, A. lateriflorus, A. novae-angliae, A. novi-belgii are some of the species that have been moved and re-named within the Symphyotrichum genus. 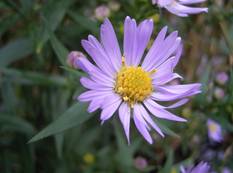 A. divaricatus, the White Wood Aster, is just one of the 23 species which have been given their own genus named Eurybia. 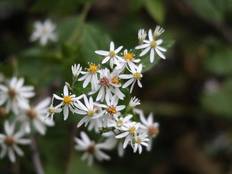 The Asters commonly known as Tall flat-topped Asters have been re-named as Doellingeria, a genus of 11 perennial plants that re-grow from rhizomes or woody bases every year. However, there is still debate over whether this genus should include species found in Asia. Some may be re-classified back to Aster in the future! 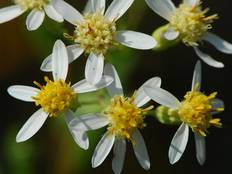 Other genera that have been recognised are Almutaster, Canadenthus, Eucephalis, Lonactis, Oligoneuron, Oreostemma and Sericocarpus – all of which are still within the Daisy (Asteraceae) family.
Callistemon, the Bottlebrush Plant, has recently been merged with the genus Melaleuca.
Of course, there are so many more name changes that have occurred recently. To list them all would make a very dull read! Needless to say, plant databases like Candide's, has both the old and new names to enable us to find our favourites regardless.
What's your most annoying plant name change? Let us know in the comments!

A lot of us grow up learning to identify plants by the names they're commonly known as in our local area. So going off to...

So, you're a proud Monstera parent? (If not, nab yours here). The first step to proper Monstera plant care is knowing what...