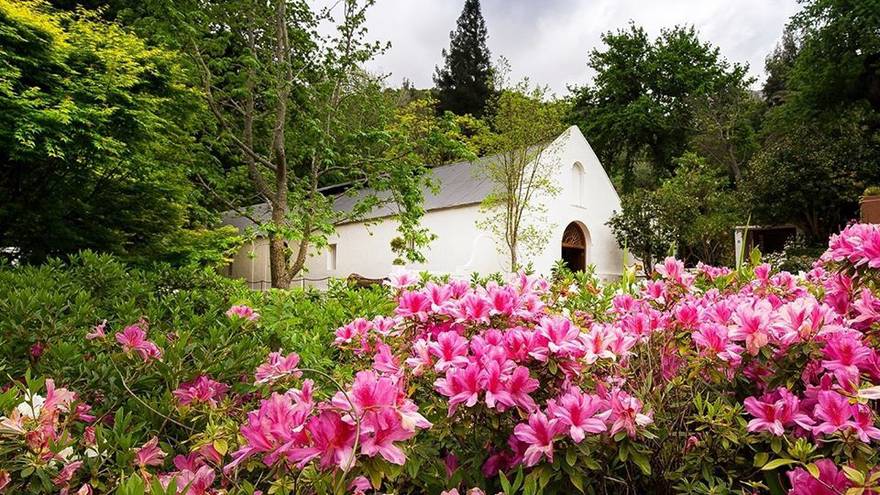 The gardens at Old Nectar are something to behold. The highlights include some of the following: a round rose garden, a pergola garden, a waterfall garden and an indigenous garden.

The Front Garden extends from the manor house downslope to the pergola. Terraced lawns with flanking paths and borders of azaleas and other flowering shrubs lead to a rectangular Victorian-tiled ornamental pond overlooked by two sentinel Lombardy poplars (Populus sempervirens) and a Copper Beech (Fagus sylvatica) at one end and a mature camellia (Camellia japonica) at the other end. Self-catered picnics welcome

Beautifully tended gardens and curated buildings. Adorable trio of Yorkies as a welcoming committee... The sight of a number of baboons was scary: Turned out they were more scared of us and moved away rather quickly.

A real hidden gem in Stellenbosch! I’m so glad I saw an article where someone recommended this place! Take a picnic and a book and go enjoy an afternoon here! The gardens are beautiful- so so well kept and beautiful! Had a lovely afternoon here. It’s R50pp, I’d bring cash as there’s no cellphone signal and they don’t have a card machine, otherwise you’ll have to do an eft at home. If I’m ever in Stellenbosch again, this spot is on my list!!

The most beautiful and peaceful gardens i have ever visited, so peaceful, we will be back for a picnic.

What a wonderful find this was for us. A beautiful, well maintained and varied garden to stroll through with many exquisite picnic spots to enjoy lazily. We really enjoyed the visit.