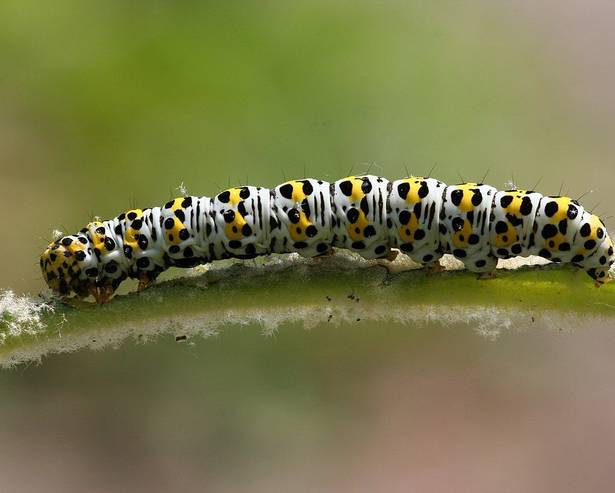 Lepidoptera is one of the largest insect orders. It comprises around 180,000 recognised species, but the actual figure is probably closer to 300,000! It holds over 100 separate families, with butterflies only accounting for roughly 10% of the group. Butterflies and moths undergo a type of development called complete metamorphosis. This means they take 4 different forms throughout their lives: the egg, caterpillar, cocoon and adult. As caterpillars, butterflies and moths can be plant pests. Some species are much worse than others, with many caterpillars feeding on the same plant at once. Caterpillar pests can defoliate plants quickly when foraging in groups. Likewise, larger caterpillars can do more damage when there's a few of them. Lepidoptera can translate to mean "scale" (lepís) and "wing" (pterón). The reason behind this is because all members have tiny scales that cover the wings and body. The wing scales cover the body and wings, giving the insects their colour and texture. There's roughly 2,500 species of moth and 56 butterflies in the UK.
Free download for your phone or tablet

Some caterpillars can be garden pests.

Moths and Butterflies are incredibly variable, but sometimes it can be difficult to tell them apart. Here are a few general tips which may help. 1. Antennae - A moths antennae are serrated (females) or feathered (males). Butterfly antennae are clubbed at the ends. 2. Butterfly wings are often larger, relative to body size, but this isn't always the case! When at rest they'll hold the wings vertically upright and together. Moths typically hold the wings more horizontally. This isn't always the case. 3. Most butterflies are active during the day, whereas most are active in the night. Again, there are some exceptions. For example, some hawk moths are day-flying. Please note* These rules are not applicable to all species of Lepidoptera. The Madagascan Sunset Moth is a perfect example!

It's recommended to identify a moth or butterfly before treating garden plants. If you ever feel unsure, just ask the community for a little bit of help! Butterflies and moths possess an array of natural enemies to help keep them under control. You can attract natural enemies into your garden by providing habitats or refuge spots. The latter include things like flower baskets, climbers, bird tables and feeders, overgrown patches, native grasses, log piles or wildflower strips. Healthy plants that are well tended to will recover and flourish again.