isitorganicthough
Published on May 8th 2021
4

Iris adds glitz to the garden and a splash of colour. 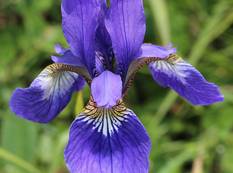 With their trio of large petal-like sepals or 'falls', Iris flowers are instantly recognisable. Like the runaway stars of the border, their slender upright stems bare striking blooms with delicately painted petals. Some have pretty patterned veins; others have bushy beards. All are beautiful in their own right.

The British fascination with Iris began in the early 20th century with Arthur Bliss, who began creating hybrids around 1902. But the golden years of hybridisation really took off in the 1950s, and it's easy to see why this genus has endured to this day.
Iris dazzles in a variety of colours, from canary yellow to rich indigo, purple, blue and every other colour you could want. Iris really lives up to its namesake - the goddess of the rainbow but bristles at being called its other nickname; the poor man’s orchid. Iris wants you to know it's a plant with elegance and flair, and it's not afraid to flaunt it, whether posing at the front of a border, in a rock garden or adding some glamour to the edge of a bog garden.

Iris is native to temperate zones of the Northern hemisphere, from Europe to Asia and North America. As you can probably tell, Iris is a bit of a horticultural marvel, thriving in a diverse range of habitats from harsh, dry desert conditions to cool mountainous areas and water-logged marsh and meadow sites.
Iris flowers really dominate the summer show. They add colour, life and class to the edge of a pond and look fabulous naturalised in a wildlife garden. (Make sure you plant them in the shallow end!). Some Water Iris can thrive without a pond, so long as you plant them in rich soil that you're prepared to keep moist. 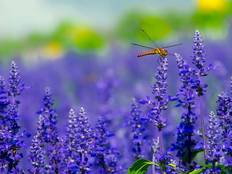 16 Experts Give Their Top Tips for Wildlife Gardening

How to Turn Your Garden Into A Wildlife Reserve

Biodiversity in the Garden

How to grow Iris

Unfortunately, there's no one size fits all approach to caring for Iris. And as you'd expect from a plant with high fashion looks, Iris is a little high maintenance, with each plant varying in requirements. For example, some Iris enjoy acid soil but won't tolerate standing water, while others like Iris Laevigata prefer acid to neutral soil and are all about that pond life.

When it comes to getting their vitamin D hit, some, like the Siberian Iris, prefer partial shade, while Bearded Irises need at least six hours basking in direct sunlight. 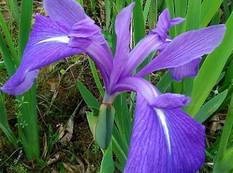 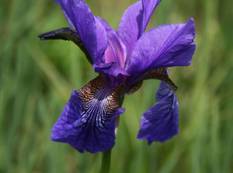 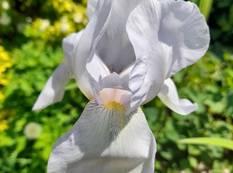 Plant Iris bulbs in autumn for a floral display from February to March or May to June. Not all Iris varieties can work a container (due to their generously sized root system). Still, Iris bulbs can look fabulous potted up, providing its filled with well-draining soil and is positioned in the sunshine.
The show might be short-lived, but we think it's worth the effort. And you can always divide your bulbs for a more voluptuous season next year.

Spring bulbs, it's not too late!

Most species are winter hardy and are a worthy addition to your perennial planting.
Iris can suffer from slug and snail damage. How could they resist? 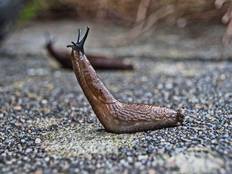 If your Iris is channelling the leafy look, all foliage and no flowers, it might be time to divide the plants. This is worth doing in September every three years or so and will ensure healthy plants with plenty of flowers. 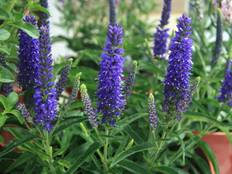 Find out what cultivars were included in Hardy's festival show garden! 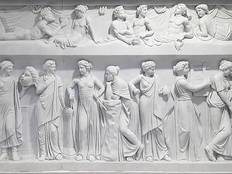 Gods in the Garden

Where to buy Iris

Add some Iris charm to your garden on Candide today.
Feeling inspired? Use the hashtag #ShowUsYourBlooms to show us what's growing in your garden.
This article is part of The Candide Festival of Flowers, an online floral ‘take over’, aiming to unite the nation in a joyful celebration of gardens, plants, pollinators and people! Read more from the series here.

This May, we’re celebrating the UK’s most magnificent blooms, from confetti-like blossom to voluptuous peonies. We’re devoting... 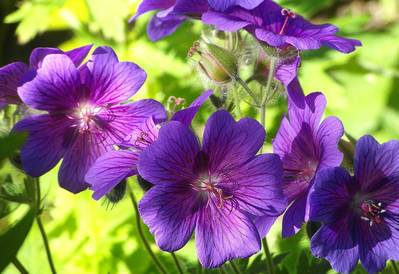 A garden filled with only high maintenance showstoppers, all vying for attention, would be a headache for most gardeners. So...

Have you ever wondered what makes a Chelsea Show Garden so special? Months, if not years of planning and thought, go into...