34
A lot of us grow up learning to identify plants by the names they're commonly known as in our local area. So going off to college to study horticulture, I found it a bit of a struggle using botanical names.
Even now, I find myself mentally translating complex Latin back to the common name I first learnt. 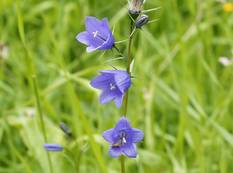 But what's the point of learning the botanical name? Everyone calls Campanula rotundifolia the Common Harebell! Except in Scotland, they call it a Bluebell, which is a totally different plant in England.
After a very confusing conversation with a relative living in Scotland, I now try to use botanical names wherever possible, and I would urge you to as well – if only to make sure you don't accidentally buy the wrong plant. 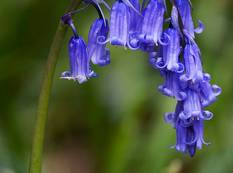 Pronouncing botanical Latin takes a little bit of getting used to. Still, there are several books on the market which explain and break names down into pronounceable chunks.
Plants Names Simplified, by Arthur Tysilio Johnson, and Henry Augustus Smith. The little black book that got me through college.

Classifying plants (taxonomy) has been going on for hundreds of years, with plants grouped based on shared characteristics.
Our botanist Dr Waheed wrote a informed article last year explaining the different classifications, and how our understanding has changed with new technology. 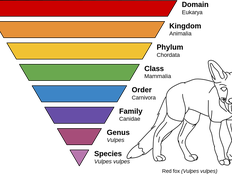 Another of our resident botanists, Roosie, wrote a brilliant article exploring Monstera, in which she defined the lower classifications of varieties, forms and cultivars. Also well worth a read.

A plant's name can also give you an idea of what that plant will look like.
Roosie also wrote an article explaining some of the meanings behind botanical names. Very useful in autumn or spring, when the plant may have little to remind you of how it will look. 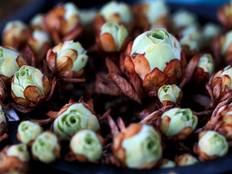 Names we see online and in stores

Pre writing labels ready for this year's growing season
Every nursery and grower will have their own label design. Still, hopefully, they are all following the International Code of Botanical Nomenclature when it comes to writing out the name.
Some plant breeders will not list the full name or parentage of new plants, as they don't want to give away sensitive information about the breeding for competitors to copy.
An example of this is Penstemon 'Fujiyama'. It's been developed as part of a series of plants that are all named after a volcano, with the same characteristics but different coloured flowers.

As a horticultural student, I was taught to write the botanical name down the label in one line with the common name written underneath.
I try to stick to this, unless the name is really long – at which point I might shorten the genus to just the capital letter, e.g. P. for Penstemon.
Occasionally, nurseries and plant sellers lose the label or have forgotten a plant's full name. A bare stem can be tough to identify until it's grown and produced flowers.
For example, with roses, you might see some labelled as Rosa sp., i.e. an unknown or undeclared species in the genus Rosa.
Likewise, tubers and bulbs are almost impossible to tell apart from each other. I now use a Sharpie to write on the tubers directly!
I hope this has given you a starting point to investigate further into the complicated world of plant names!