If you think that plants are for quiet, gentle types, let me introduce you to pirate botanist, William Dampier. He was the first to circumnavigate the world three times, to map the winds and currents of the world's oceans, introduce a recipe for guacamole to England (from Mexico) the first to describe avocados, introduced several words to the English language like cashew, chopstick, barbeque and catamaran. He was also fascinated by the natural world, wrote two ‘bestsellers’; about the plants, people and places on his travels and was also the inspiration for the pirate in Aardman Animations’ ‘Pirates! In an Adventure with Scientists’!
We can thank William for guacomole.
William Dampier was born in 1651 in East Coker in Somerset. On leaving school, he became an apprentice seaman in Weymouth and fought briefly during the Third Anglo-Dutch War. When a job on a sugar plantation in Jamaica didn’t work out, he headed to Mexico and took up logging.

When a hurricane destroyed his camp, he joined a band of buccaneers, raiding Spanish towns, exploring in his spare time and making detailed observations of the natural world. His records describe a hummingbird ‘…a pretty little feathered creature, no bigger than a great, over-grown wasp’ and an armadillo ‘The head is small with a nose like a pig…on any danger…she lies stock-still like a land-turtle. And though you toss her about she will not move herself’.
He wasn't far off!
From 1686, Dampier sailed across the Pacific from Mexico to Guam, exploring the South China Sea, the coasts of South East Asia, Sumatra and India (where he narrowly avoided being eaten by his starving crew). He arrived back in England in September 1691, the first seventeenth-century Englishman to circumnavigate the globe.

He was also fascinated by plants. On one expedition, in August and September 1699, he set foot in Australia, long before Cook and Banks, landing in several locations in the north-west. He called one place ‘Rosemary Island’ (probably East Lewis Island) because a plant he saw growing there, Olearia axillaris, reminded him of the garden plant ‘Rosemary’. In all, he collected and pressed 26 species previously unknown to science. This included Scaevola crassifolia, a drought-tolerant shrub with dainty, blue, fan-shaped flowers, Dampiera incana, named to commemorate him by Robert Brown, first Keeper of Botany at the British Museum in London. The most spectacular find of all was ‘Sturt’s Desert Pea’ or ‘Dampier Pea’, (long known as Swainsona formosa, but recently proposed for re-naming as Willdampia formosa; formosa = beautiful) a ground-hugging plant with spectacular red and black flowers. 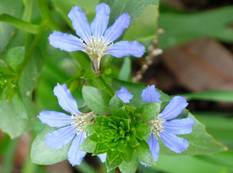 The Dapier Pea: Swainsona formosa
Get Swainsona formos seeds here!
Get Scaevola crassifolia seeds here!
On the journey home, his ship sank off Ascension Island. Luckily, he managed to save his herbarium specimens, which were then exposed to the elements for several weeks on the island before he was rescued. They can now be seen in the Sherardian Herbarium at the University of Oxford.
The Pirate Botanist sank of the rocky coast of Ascension Island
After a life of plants, travel and adventure, Dampier retired to the parish of St Stephen's in London, where he lived modestly on his pension and earnings from privateering. He died in 1715.

Check out by book on great botanists, including William!
'A Pirate Of Exquisite Mind: The Life Of William Dampier', by Diana and Michael Preston.
Timeline of his life from the Western Australian Museum.

Matthew Biggs is a regular on Gardener's World Question Time on BBC Radio Four and has 40 years of professional gardening experience. Every month he will be sharing the story of one of history's great botanists. 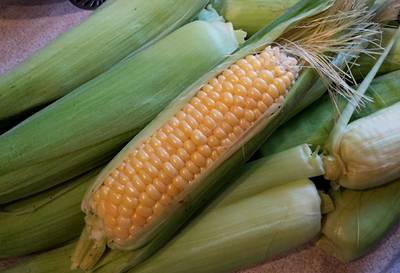 The "three sisters" growing technique is uncommon in the UK. Practised by native Americans to provide food through very harsh...

Converting your garden’s and other wastes into compost is both a joy and a challenge. You can do it for sure, but don’t expect...

Weedkiller In Compost - A Warning From Charles Dowding

There is a growing issue causing grief to many gardeners worldwide, and I can only hope it's not affecting you! Certain...