From New Year’s Day onwards I’m on the lookout for snowdrops in the garden and on my winter walks along the chalk stream.
Once the tight white flowerheads appear, generally around the time that the afternoons begin to get a little longer, I can sense that spring is just around the corner.
These tenacious early risers will soon be joined by winter aconites, dwarf iris, crocus, hellebores and daffodils. As the snowdrops begin to fade into the background, I’m already planning how I can further develop my display next year. 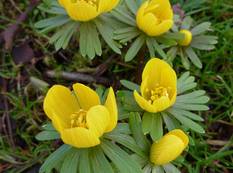 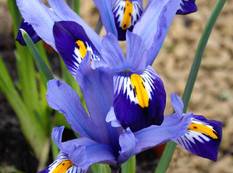 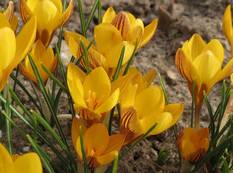 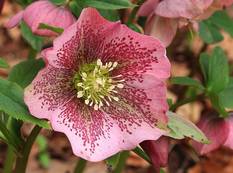 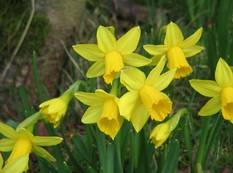 Planting in the green

Planting snowdrops ‘in the green’ – just as the foliage is about to die back after flowering – is ideal. Bulbs planted in the autumn tend to have dried out in storage and establishing success rates can be poor.
Order now and plant ‘in the green’ clumps as soon as they arrive in naturalistic drifts in lawns, containers and ornamental borders.
If you already have snowdrops, one easy way to increase their number is to divide existing clumps. Replant the smaller sections in well-drained, moisture-retentive soil at the same depth that they were in the original cluster.

The most common snowdrop – Galanthus nivalis – is easy to buy in large quantities to create large swathes of flowers, but other cultivars can be much more expensive depending on their rarity.
A single bulb of Galanthus woronowii ‘Elizabeth Harrison’ fetched £725 in 2012, and in 2015, a buyer paid £1,390 for a Galanthus plicatus ‘Golden Fleece’!
If you decide to add a few specialities to your collection to grow alongside drifts of Galanthus nivalis, there are many exquisite varieties to choose from - and thankfully most are far cheaper than ‘Elizabeth Harrison’ and ‘Golden Fleece’!

Galanthus nivalis ‘S. Arnott’ - One of the first snowdrops I ever grew, ‘S. Arnott’ is a large, vigorous snowdrop with scented flowers that attract the early bees. 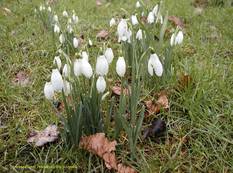 Galanthus nivalis ‘Magnet’ – with an RHS Award of Garden Merit, this elegant snowdrop naturalises easily in lawns and borders. The inner white tepals display a green ‘v’ marking, and the flowers hang on long stalks. 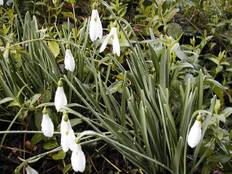 Galanthus nivalis ‘Flore Pleno’ – these ruffled, light-green and white double flowers still manage to be sophisticate, perhaps due to their tiny size. I can’t help preferring my snowdrops in all their pared-back single glory. 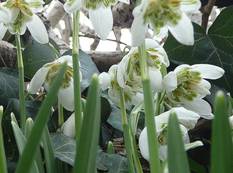 Galanthus nivalis ‘Anglesey Abbey’ – named after one of my favourite places to stroll amongst the snowdrops, a clump of these dainty flowers was discovered at the National Trust property in Cambridgeshire. The foliage is deep green, and the inner tepals often have little or no green markings.
Galanthus nivalis ‘Anglesey Abbey
Galanthus elwesii – this giant snowdrop, also known as the Greater Snowdrop, has big flowers with two green spots on the inner tepals which can sometimes blend into one marking. 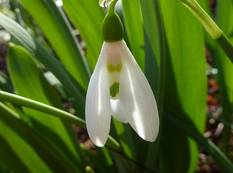 Galanthus ‘James Backhouse’ – native to Turkey and the Caucasus, this snowdrop is short in stature with large flowers.
Galanthus ‘Richard Ayres’ – another discovery in the gardens at Anglesey Abbey, this large, double snowdrop was named after the head gardener.
Galanthus ‘Scharlockii’ – an attractive small snowdrop with green tips to the outer tepals.
Galanthus plicatus ‘Wendy’s Gold’ – a favourite of mine, ‘Wendy’s Gold’ is a delicate snowdrop with yellowy foliage, a yellow-green ovary and gold markings on the inner tepals. A real treat to add to a winter display, but perhaps owing to its value as a collector’s snowdrop best viewed in other people’s gardens!

While the days are slowly but surely getting longer, nature is still very much asleep, except one little guy: the snowdrop. The Best Places to See Snowdrops in The UK

It's snowdrop season! A sign that we'll soon be rid of winter and back into the lush arms of spring.

Poking up through lawns, appearing from under shrubs in flower beds and in outdoor containers that you'd forgotten you'd...