Few botanical specimens are so grand, fascinating and difficult-to-grow that they have their own dedicated greenhouse at Kew Gardens, but the Amazon water lily is such a plant. 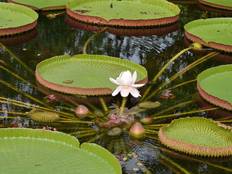 To see Victoria amazonica in full leaf and bloom at the height of the growing season is quite a spectacle. Queen of the water lilies

Native to the shallower waters of the Amazon river basin, this giant water lily was first described in 1801, although its first published mention was in 1837, the year that Queen Victoria ascended the throne.
The plant was initially named Victoria regia, in the sovereign’s honour. During the 20th century, the current epithet of amazonica became more commonly used and eventually replaced it. 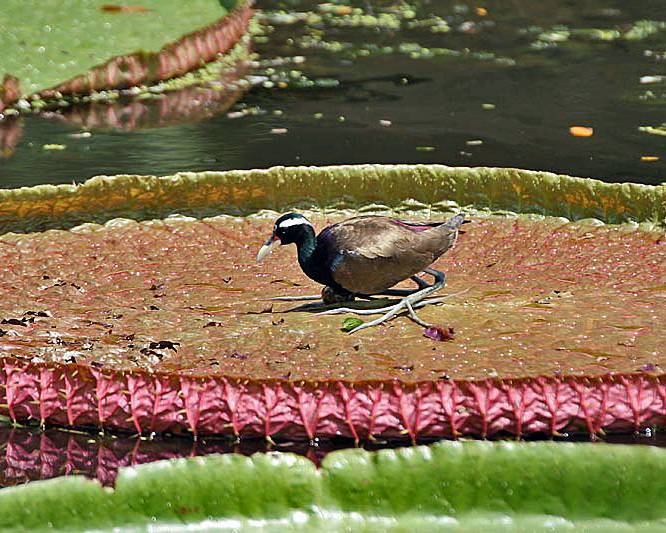 The jacana, also known as the lily trotter, spends its life on the leaves of water lilies.

Floating plants, such as water lilies and sacred lotus are generally quite large, anyway, but Victoria takes it to the next level.
The floating leaves are up to three metres across and borne on stems that can grow up to eight metres in length.
The bright green leaves curve up at the edge and are spiny below to protect from nibbling fish. 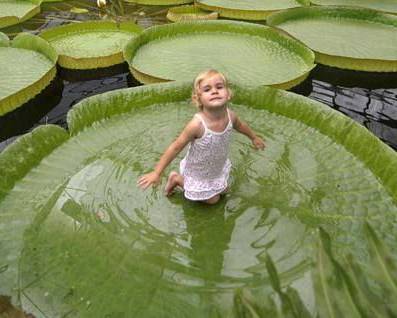 The leaves are so buoyant they can support the weight of a young child, as is often pictured (but not advised!).
Need to identify a plant? Download Candide to get instant Plant ID

As you’d imagine, the Amazon water lily produces massive flowers, around the size of a dinner plate.
They are relatively short-lived, only lasting 48 hours, but have a fascinating life-cycle. On the first evening, the bloom opens white and releases a perfume that attracts beetles.
The flower then closes up and keeps them imprisoned for 24 hours, after which the flower reopens, odourless and flushed pink. As the beetles are released, they carry away the plant’s pollen, avoiding self-pollination as they travel to look for new, white blooms on other plants. Victoria amazonica is the national flower of Guyana.

The demands of an Amazonian giant

Victoria amazonica is limited to botanical gardens for good reasons. Firstly due to size and secondly, temperature and light demands.
Fascinatingly, for such a colossal plant, it is grown from seed. To put that much growth on in one season requires as warm, bright, humid and nutrient-rich environment as can be achieved with a minimum temperature of 29°C (85°F).
The sister species, the Santa Cruz water lily (V. cruziana) can tolerate slightly lower temperatures, as can the ‘Longwood Hybrids’. Even in what seems like perfect conditions, the Amazon water lily can curl up its toes for no apparent reason. This 'toe-curling' may be another reason it’s such a joy to see a mature, healthy giant.
Here are some easier alternatives for cooler gardens: 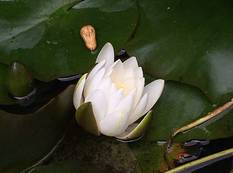 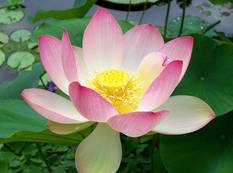 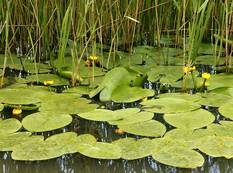 As Victoria is so challenging to grow, as a little home experiment you could try to grow the gorgon plant, Euryale ferox, instead. Named after the Gorgon Medusa’s sister from Greek mythology, Euryale is tolerant of much cooler temperatures, yet will produce leaves similar to Victoria of over a metre across.
The leaves lack the rim of its cousin but are covered in spines that dwarf the insignificant flowers to add interest.
Euryale is an excellent choice for something unusual that lacks the regal demands of the Amazon queen.
IMAGE: Euryale ferox Euryale ferox, or the fox nut, has been used in tradition Asian medicine for centuries. 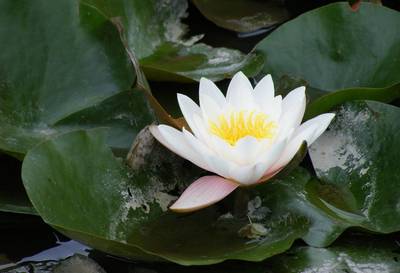 Floating Plants for the Water Garden

Surface-dwelling plants offer some of the most beautiful and curious ornamentals around, from the fairytale waterlily to the... 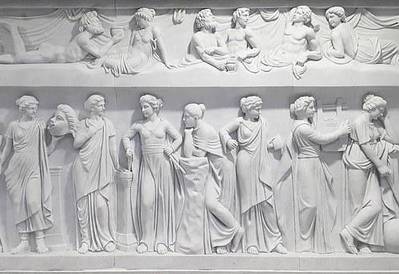 Gods in the Garden

Plants’ botanical names can tell us a lot about them, but some are simply named after a Greek or Roman deity or mythological... 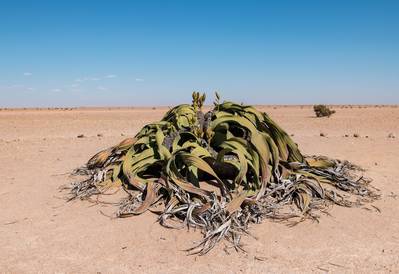 As beautiful as many flowers are, it’s always the curiosities I’ve been drawn to and, as far as oddities go, Welwitschia...