How to Take Care of Dahlia Tubers: A Quick Guide to Planting, Lifting and Storing 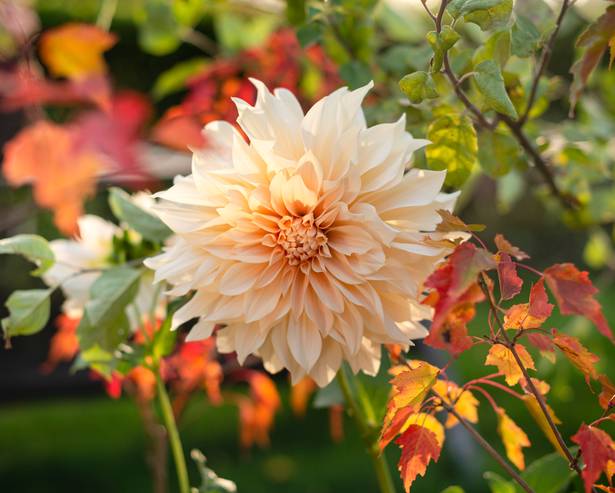 There are more Dahlia varieties than ever before, from short plants to swaying giants, almost covering every colour with an impressive selection of shapes. However, all Dahlias are grown the same way. 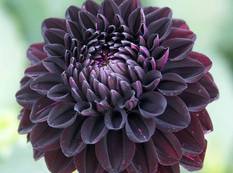 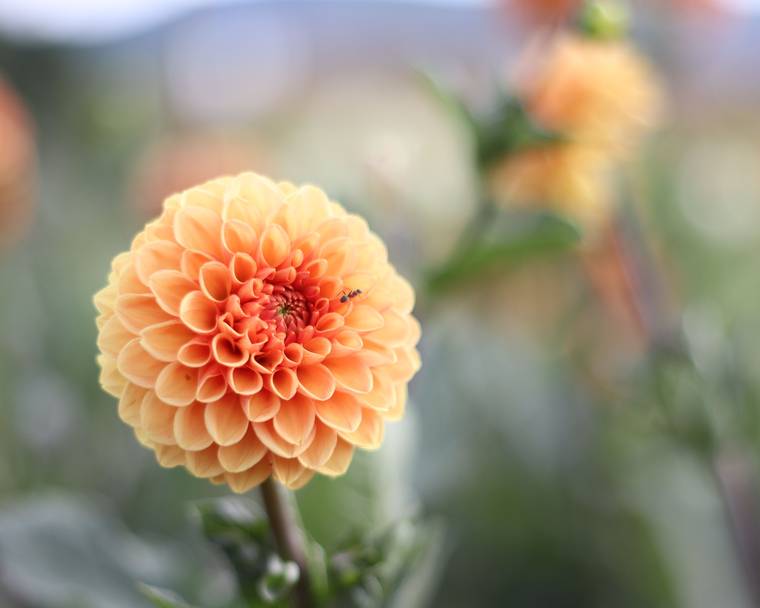 When to plant Dahlia tubers?

You should plant Dahlia tubers after the last frost in spring. It's a careful balancing act – too early and the tubers could be damaged by frost; too late and you'll have to wait longer for the flowers to show.
A member of the Asteraceae (Daisy) family, Dahlias will keep flowering right up until the first hard frost. Depending on the weather and where you live this could be as early as October or as late as December or January. 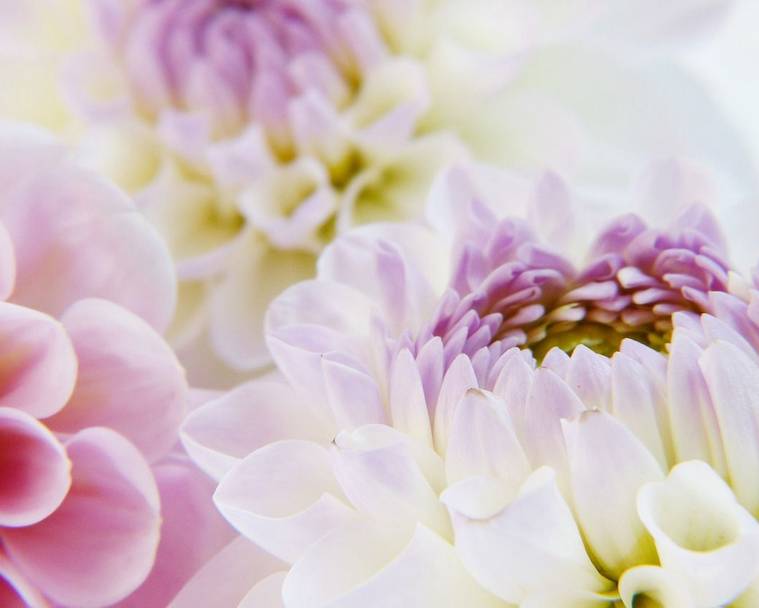 What should you do with Dahlia tubers in the ground in autumn?

As soon as your Dahlia's leaves start to blacken, it's time to prepare for next year. If you haven't already had a frost by mid to late October, this is the ideal time to get to work as the ground should still be relatively warm and dry.
Cut back the foliage to a point where the stem is no longer hollow. Roughly 3 to 5 cms (1 to 2") above ground level is best.
At this point you have a choice. You can leave the tubers in the ground, or lift them out to store elsewhere before re-planting them in spring. 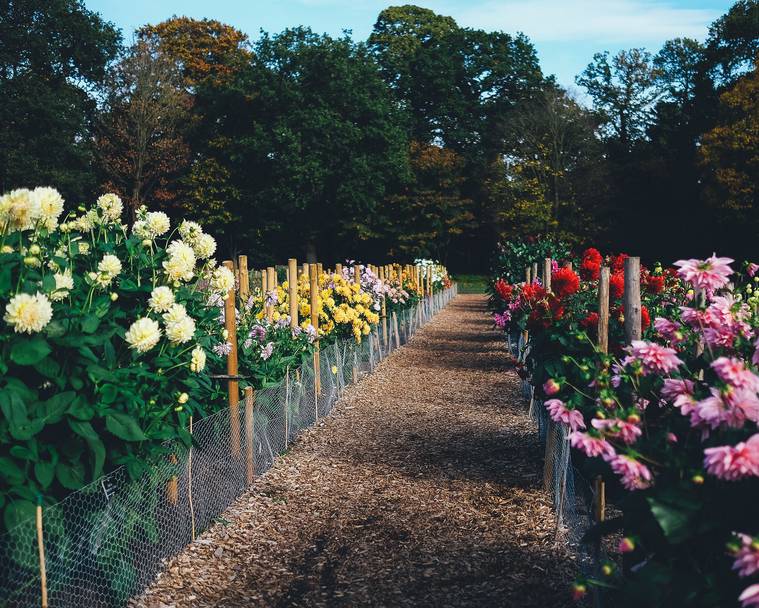 Option 1: Overwintering and leaving the tubers in the ground

Dahlias don't like it cold and wet, so making the soil as free-draining as possible helps a lot. To improve drainage, I have incorporated a lot of organic matter into our borders over the years, raising them up.
You might need to assess the location of your garden before making the decision to leave your tubers in the ground. For example, my garden is surrounded by shrubs, trees and buildings, which offers some protection (and we're not in a frost pocket).
Tips to protect Dahlia tubers from frost:

Option 2: Lifting the tubers out

It's usually a good idea to lift Dahlia tubers if your garden is in a frost pocket, on the north side of a hill, or has particularly soggy soil.
This is the best time to divide your plants if you want to.
You could use old seed compost, sawdust, peat moss or vermiculite (but the last 2 are expensive). If you're cutting back on plastic, you could use old crates lined with newspaper.
Photo by F.D. Richards under CC BY-SA 2.0

Once you've packed away your tubers, they can be moved into a heated greenhouse, outbuilding, garage or utility room where the temperature isn't going to drop below 5C (40F) or get higher than 10C (50F). Remember to label your Dahlias, especially if you've got more than one variety and want to propagate them. I've got one tagged as 'big red frilly' since we lost the cultivar name a few years ago!
If you can, avoid storing your Dahlia tubers on a concrete floor as the cold will draw moisture away from the tubers. Tubers are unlike bulbs in that their skin is very thin, which allows moisture to disperse quite quickly and also causes them to suffer from the cold a lot more. It's natural for the tubers to look more leathery by spring, but you don't want them to get too shrivelled up.
Check the tubers every month. If they're showing signs of shrivelling, lightly spray the tubers to moisten them. If you see any signs of rot, remove the affected tuber immediately to prevent it from spreading to the others. 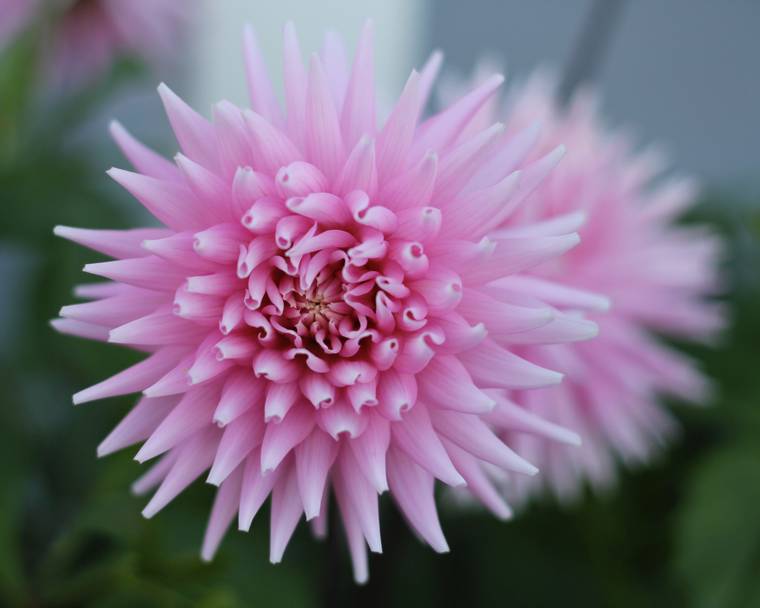 When to plant Dahlia tubers next year?

You should see the new shoots ("eyes") starting to swell in March or April. You can also divide them at this point as well.
If you've packed several tubers into one container, you'll need to pot them individually. Move them to a cold frame once the last frost has passed, to harden them off before planting them out ready for late summer's gorgeous display. 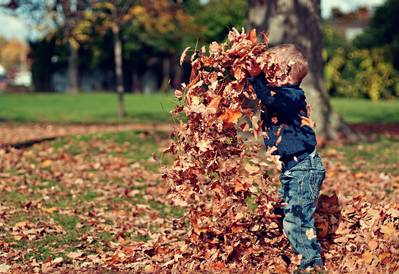 When the leaves start to fall, gardeners fall into two camps, the ones filled with dread and the others grinning from ear to ear.

How to Create Compost Envy!

When my grandmother moved into residential care last year, I was asked if I wanted any furniture from her bungalow, I asked... 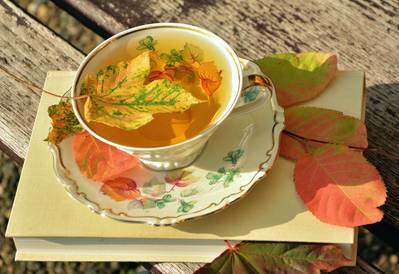 What to do in October: Preparation, protection and propagation

September brought us the first storm of late summer quickly followed by Storm Bronagh, but brave gardeners still plan ahead...