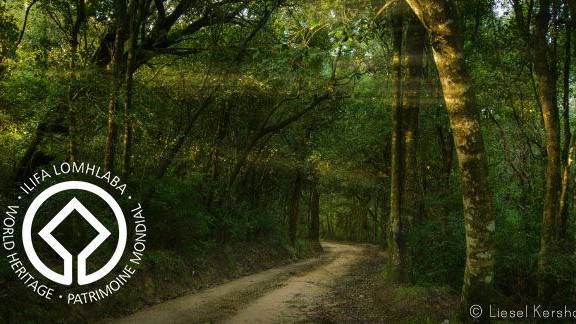 Originally known as Melkhoutskraal, the Grootvadersbosch Nature Reserve encompasses 250 hectares of indigenous forest in the Langeberg region, close to Heidelberg. The name translates to “big father” in honour of Roelof Oelofse who owned the land in 1723. It has only been a reserve since 1986 and was declared a World Heritage Site in 2004.

This is the most significant stretch of indigenous afromontane forest left in the south-western Cape, with nearly all of the 35 typical forest tree species, including red alder, ironwood, stinkwood and yellowwood. Visitors to this beautiful reserve will relish the opportunity to get out into the forest on day walks and mountain biking trails. This is an excellent birding destination with more than 196 bird species regularly spotted. Hikers are likely to bump into bushbuck and spot baboons and smaller mammals when out on the trails. Sighting the forest emperor butterfly and a subspecies of the rare ghost frog would be the highlight of a visit here, as they can only be found in this particular forest.

Very clean Units and professional service. Good break to be alone with nature. The Redwoods are beautiful.

We had a lovely weekend at Grootvadersbosch at the deck camping site. Stunning scenic views, blissful quiet and walks in the forest. Thank you to those who run and maintain the Reserve. Staff were helpful and friendly. Great job!

Passing by from George to Swellendam we took a side trip. Had picnic lunch at the day visitors site and and took a drive around the reserve roads. Beautiful vegetation, friendly staff, everything in working condition, amazing development of different levels of camping, chalets, educational centre. Big changes since we were last there. Well done Cape Nature.