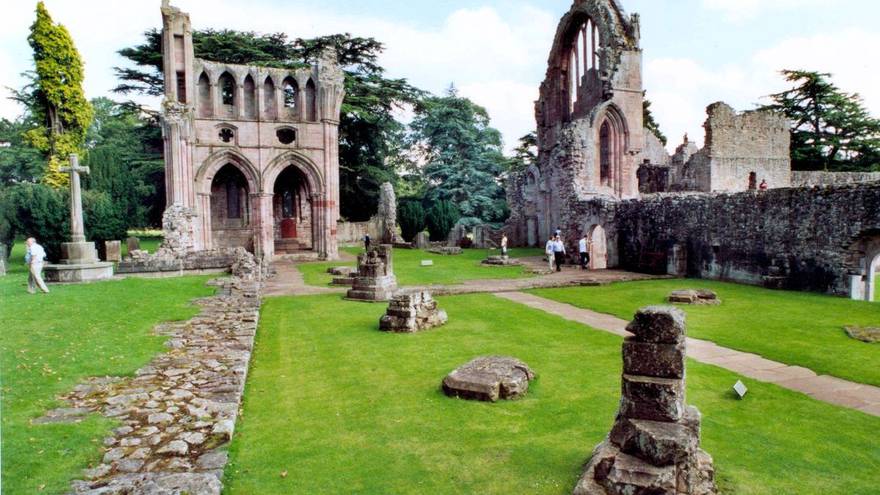 Lovely historic Abbey on the banks of the Tweed river. The Abbey is a ruin but there's quite a lot that remains to give a good impression of the original splendor. The informal grounds have seating and picnic tables. The best seats are near the river and looking back at the Abbey. We loved it. 😎 👍

If you're in the area I would recommend visiting here. It's a lovely place and huge history in the Abbey. Also Scots View Point is only 1-2 miles away from the Abbey if that. Stunning views to be had up there too.

Beautiful place and scenery right on the gorgeous river tweed. There's restoration going in there but it dosnt spoil it. Rich in history in a beautiful part of Scotland with lovely, warm, friendly people.

It is a wonderful place to visit. It has such a peaceful atmosphere. The history of the place is fascinating and walking round the headstones is very interesting. I definitely reccomend a walk around the grounds. Entry is free at the moment as the abbey has been cordoned off due to maintenance. I dont know how long that will be for but it is well worth taking advantage of. Even without exploring inside the abbey it is a great place to be and you can see the abbey very clearly as you wander round the outskirts and the grounds.

A very historic part of the Borders, one of the 3 ruined Borders Abbeys, the others being Melrose and Jedburgh. Lovely part of the world and well worth visiting the 3 Abbeys Dryburgh Abbey, near Dryburgh on the banks of the River Tweed in the Scottish Borders, was nominally founded on 10 November (Martinmas) 1150 in an agreement between Hugh de Morville, Constable of Scotland, and the Premonstratensian canons regular from Alnwick Abbey in Northumberland. The arrival of the canons along with their first abbot, Roger, took place on 13 December 1152. It was burned by English troops in 1322, after which it was restored only to be again burned by Richard II in 1385, but it flourished in the fifteenth century. It was finally destroyed in 1544, briefly to survive until the Scottish Reformation, when it was given to the Earl of Mar by James VI of Scotland. It is now a designated scheduled monument and the surrounding landscape is included in the Inventory of Gardens and Designed Landscapes in Scotland. David Steuart Erskine, 11th Earl of Buchan Earl of Buchan bought the land in 1786. Sir Walter Scott and Douglas Haig are buried in its grounds. Their respective tomb and headstone, along with other memorials, are collectively designated a Category A listed building.