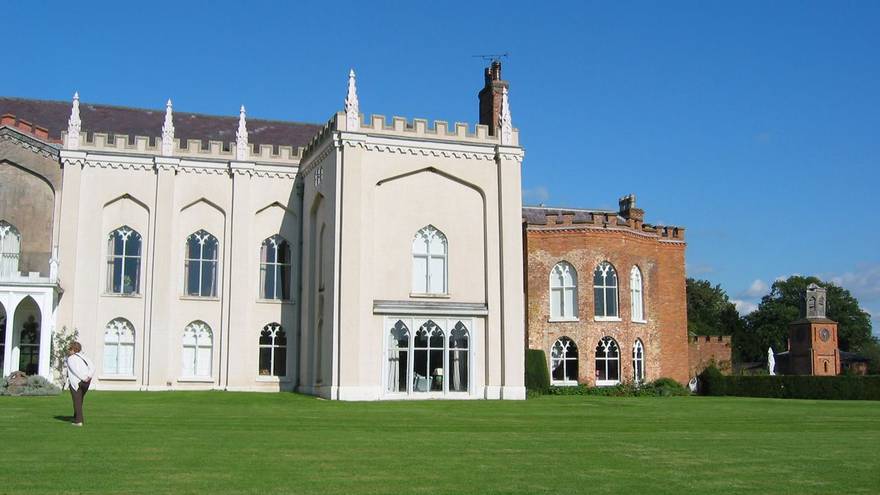 Combermere Abbey, situated on the shores of a large mere in Cheshire and set in 1000 acres, was originally a cistercian Monastery dating from 1133, became a Tudor Manor and then re-modelled in 1820 in the Gothic style for Viscount Combermere, one of Wellington’s favourite generals.

The Abbey’s Walled Gardens, with their magnificently restored Glasshouse, are open for guests to enjoy. You can stroll through 'The Pleasure Garden' and 'The Garden Wood' leading down to the mere with stunning parkland views.

From April 3rd to July 5th 2018 on Tuesdays, Wednesdays and Thursdays