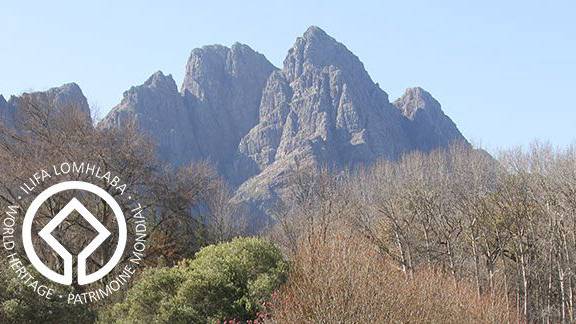 Assegaaibosch is a small nature reserve in the Jonkershoek valley. It is about 9km from Stellenbosch, and 204 hectares in size. The reserve lies next to the Eerste River, which forms the northern boundary and extends up the north-eastern slope of Stellenbosch Mountain, which forms the southern boundary. Along with Jonkershoek Nature Reserve, Assegaaibosch is a World Heritage Site.

The Jonkershoek valley was occupied by white settlers when Simon van der Stel granted a number of freeholds in 1692. The Assegaaibosch homestead was built around 1792. Over the years, the farm changed hands a number of times. The huge old oak trees were planted by Wouter Eduard Wium, who was granted the land by Lord Charles Somerset in 1817, with the special proviso that he plant oaks in the area. In 1893, the land next to Assegaaibosch was used to establish a trout hatchery.

By the early twentieth century, Assegaaibosch had become quite rundown. In 1960, the Cape Provincial Administration purchased Assegaaibosch, and the house was renovated. It is now a national monument and is used as a guest house.

The sturdy stone trout-hatching house also still stands today, although trout is no longer bred here, as it is an exotic species. CapeNature uses the property as a conservation station. The original hatching house is a national monument.