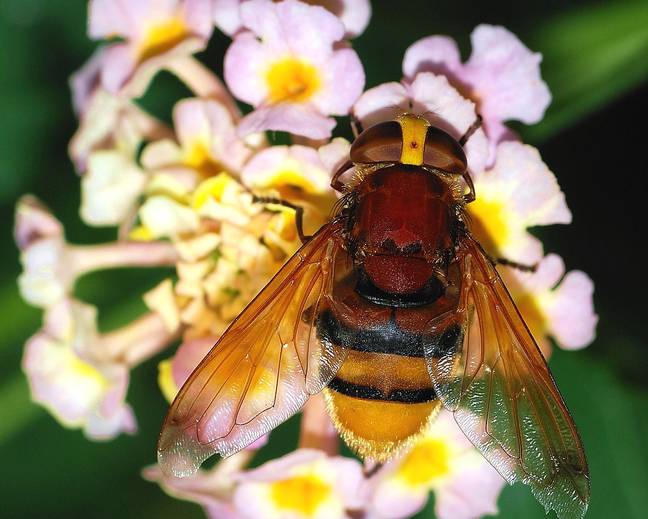 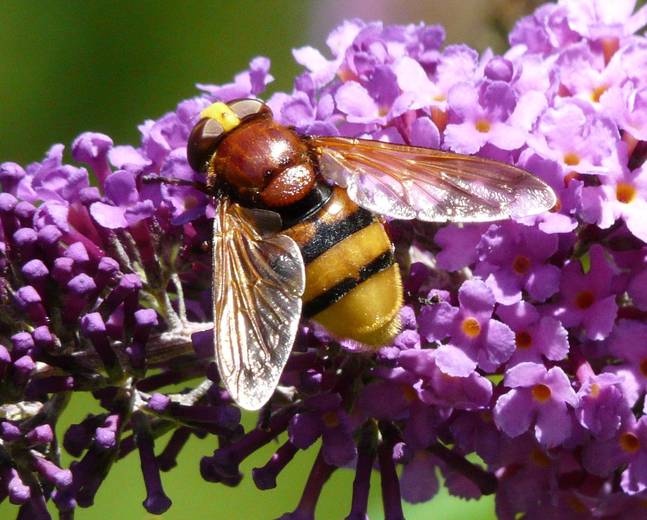 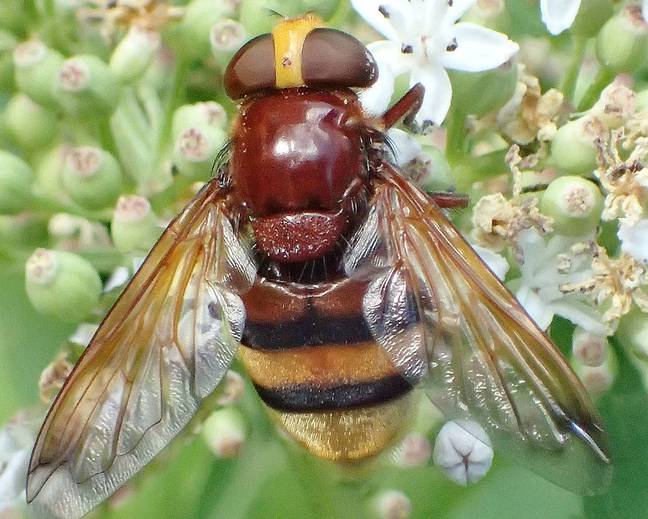 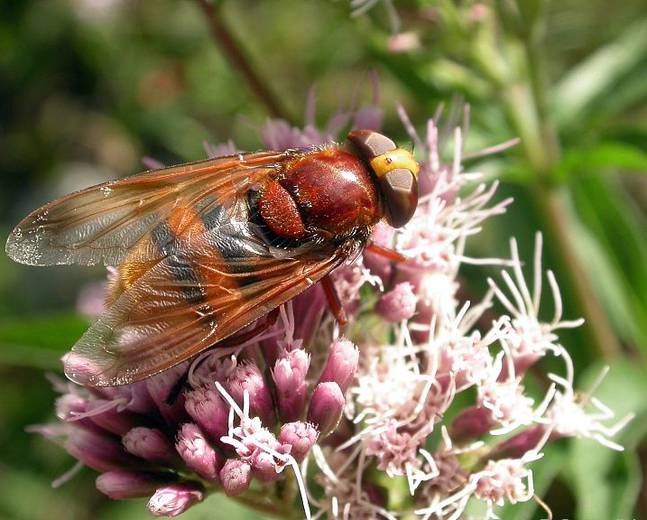 1 of 5
The hornet mimic hoverfly is the largest in the UK, reaching 2cm. As suggested by its common name, these flies look remarkably similar to a hornet wasp. Nonetheless, their similarity to hornets is just a strategy used by many hoverflies to trick predators in thinking they can sting, so they steer clear. This fly is harmless, and it has no stinger! Its numbers have risen in recent years, and it's thought that this may be due to increasing temperatures, a direct result of climate change. The larvae of these flies live inside the nests of wasps, hornets and bees, and they scavenge leftover debris at the bottom of the nests. The adults, feed mainly on nectar and are considered an essential pollinator in the UK. These flies reached UK shores in the 1930s and have steadily spread across southern parts of the island since.
Free download for your phone or tablet

These flies are nectar drinkers, contributing to pollination.

The thorax is a tan brown, similar to that of a hornet wasp. The abdomen begins an orange, fading to yellow at the tails tip. There is black abdominal banding. The wings are tinted with a tan brown, and they have large brown eyes. They're much more stumpy and broad compared with a hornet wasp.

These are present across Europe, slowly spreading up northwards in the UK.

These hoverflies won't damage garden plants, and they're considered excellent pollinators for gardens - it's not recommended to treat gardens where they're present.