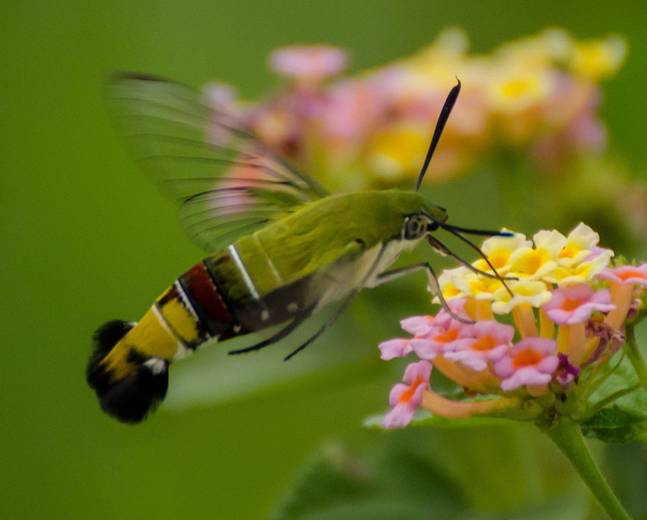 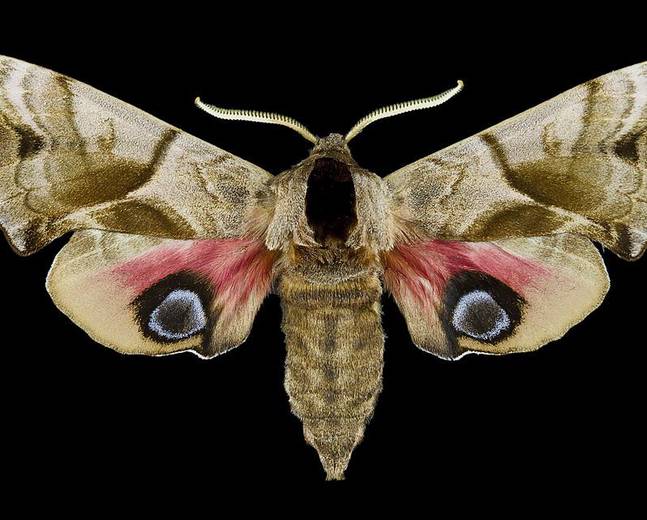 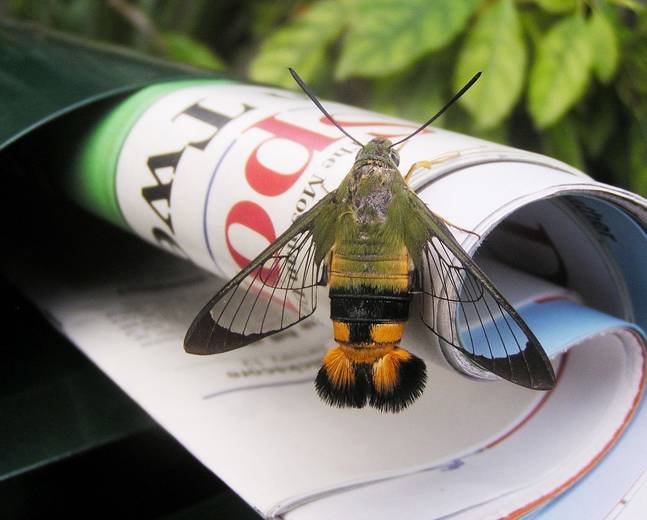 1 of 10
Species in the moth family Sphingidae are probably some of the most well-known, globally. There are just under 1,500 species in the family. They are some of the fastest-flying moths in the world. The colour and wing patterns can be highly attractive, so they're sometimes kept as pets! Hawk Moths are famous for their large appetite, but not all of them can be classed as severe garden pests. The caterpillars are commonly called hornworms because many possess fleshy, colourful horns on their tail-end. It's thought these are used for predator avoidance. Some are active during the day and a pretty sight in the garden when they hover between flowers. Others are more active at night and can be easily lured in using light traps and garden lamps. Some species you may know include the Elephant Hawk Moth, Tobacco Hornworm and the Hummingbird Clearwing.
Free download for your phone or tablet

Some are important pollinators.

The large caterpillars can eat a lot of plant material in one sitting!

Adults: Highly variable colours which reflect their lifestyle and food choice. They're all chunky moths, the wings are roughly triangular, but this isn't the case for all of them. Some display streamlined wings whereas others scalloped, and the clear winged hawk moths are transparent with wing venation. Larvae: These are highly variable! They are large and chunky like the adult moths. Some can reach lengths of 8cm (approx 3 inches). Pupae: They're cigar-shaped with a dark, red-brown colour and a slight shine. They're found during autumn when being dug up by gardeners. Some species will pupate in trees, crevices or in debris. Eggs: Female moths will lay a single egg on the caterpillar food plant.

Tubular flowers with rich nectar stores. Habitats containing the caterpillar food plant, which may vary depending on the species of moth.
Free download for your phone or tablet