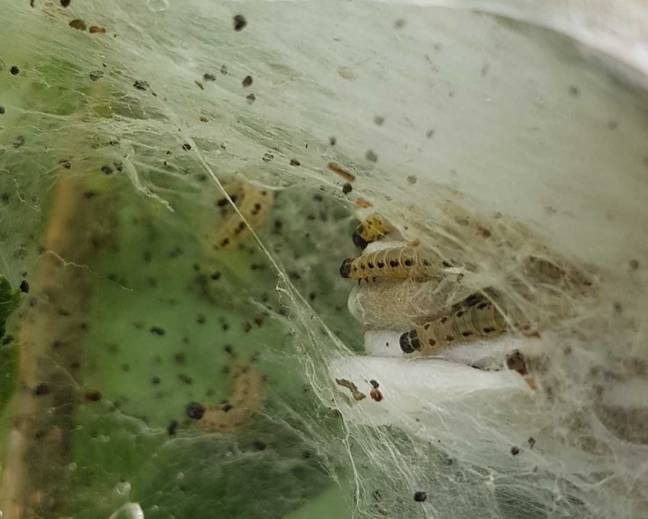 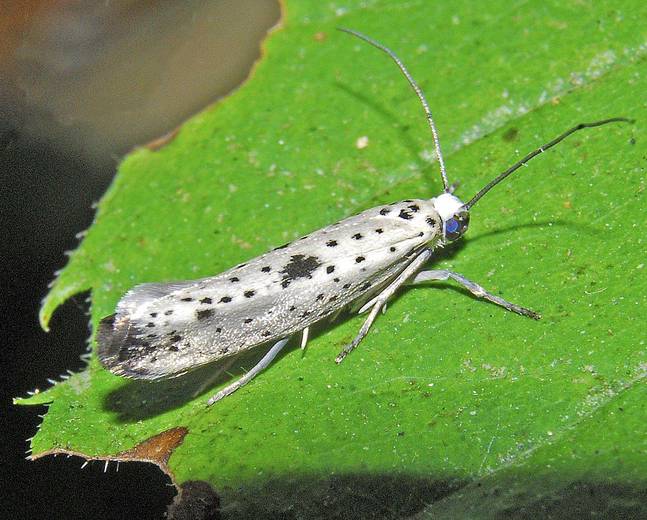 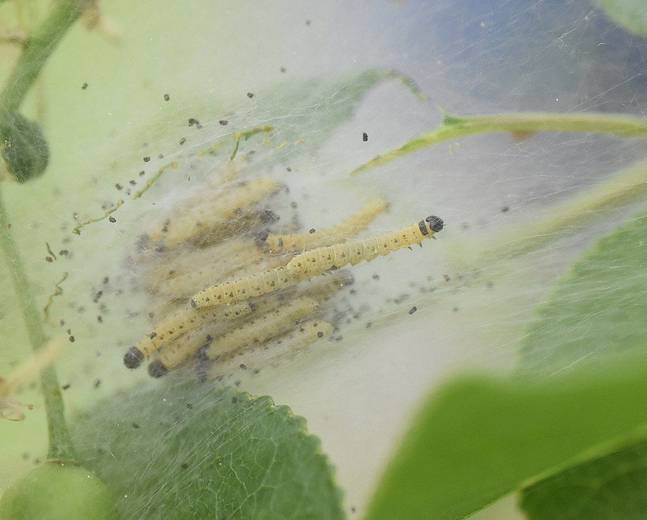 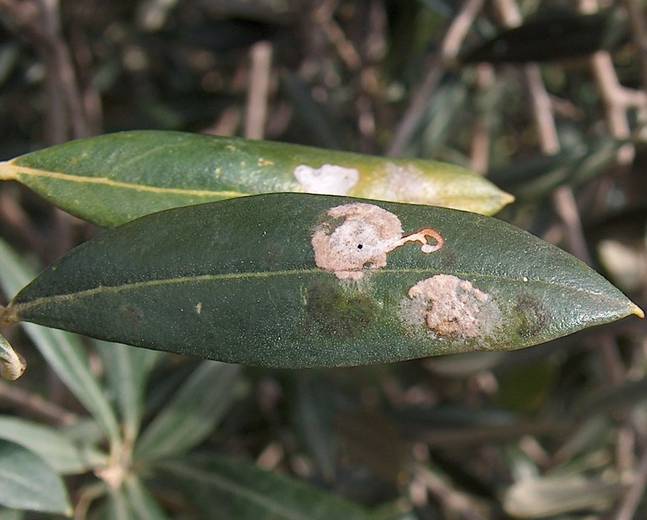 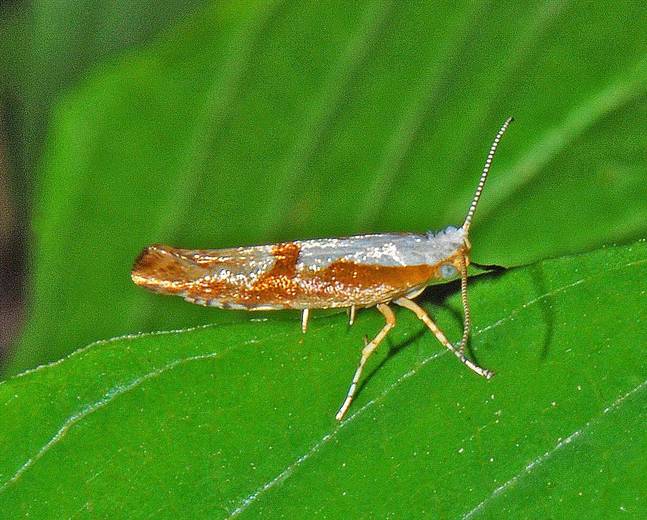 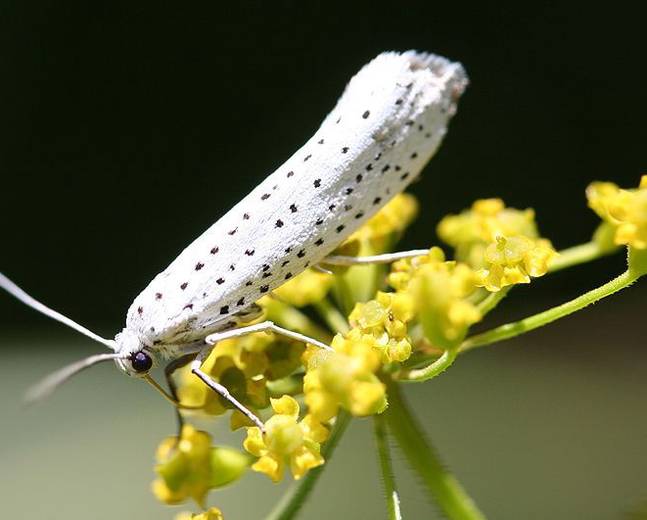 1 of 8
Yponomeutidae is a group of insects known collectively as Ermine Moths. They're typically white with black polka dots, although there are some exceptions. The caterpillar larvae are gregarious, forming communal webs in trees, shrubs and hedgerows. The webbing allows these insects to feed on foliage while staying protected from predators. Depending on the species, some larvae mine and skeletonise the leaves of host plants. In most cases, you don't need to worry too much about these insects in the garden. There is 25 species of Ermine Moth present in the UK.
Free download for your phone or tablet

Plants infested with these caterpillars can recover and grow new foliage.

Webbing can be unsightly.

Adult: A small insect (wing length: 8-31mm). The moths tend to look similar, all being white or grey with numerous black dots. The wing shape is typically narrow and elongated. At the rear end of the wings, a fringe of wing scales forms tufts of what looks like to be hair. Some species rest with the wings forming a roof-like tip; in other species, the wings hug the body. The posture varies between species too. Some appear to sleep at an incline, with the front legs being longer than the mid and hind legs. Others have a horizontal posture, whereas the remaining rest at a slight decline. Lastly, the antennae are thread-like; they measure about three-quarters of the forewing length. Larvae: The larvae can be variable, but they always form dense communal nests made from silken spun webbing. It's quite common to see a hedgerow or shrub covered in thick sheets of webbing when on a walk or in the garden. It's quite likely there are hundreds of caterpillars within the web, they're just well camouflaged! Webbing eventually disappears as the summer comes to a close, but trees and hedges can be extremely defoliated as a result. In most cases, plants quickly recover.

Species possessing gregarious larvae can defoliate trees, shrubs and hedges. Blotchy leaf mines on foliage. Hedges, shrubs and trees covered in cob-webs or dense sheets of web. Leaves which have been skeletonised. Its sometimes possible to see 100s of small caterpillars in the webbing.

These moths are classed as minor pests. For this reason, it's advised only to treat young infected plants. Hand-picking is unlikely to be effective because the larvae can be numerous.

Be sure that when spraying you get good coverage of insects and plant parts because the webbing can be difficult to penetrate. Persistent products include synthetic insecticides with a contact mode of action (e.g. cypermethrin, phenothrin, lambda-cyhalothrin and deltamethrin). These can still be toxic to some wildlife and a pollutant to water bodies, so please take care to research products and read instructions carefully before using them.
Free download for your phone or tablet