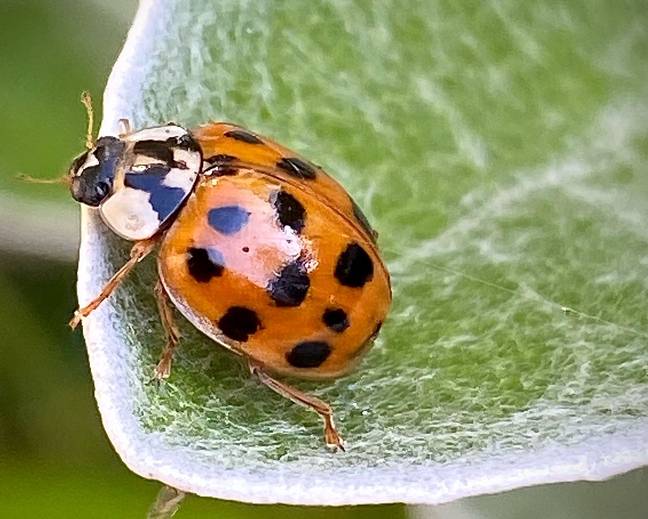 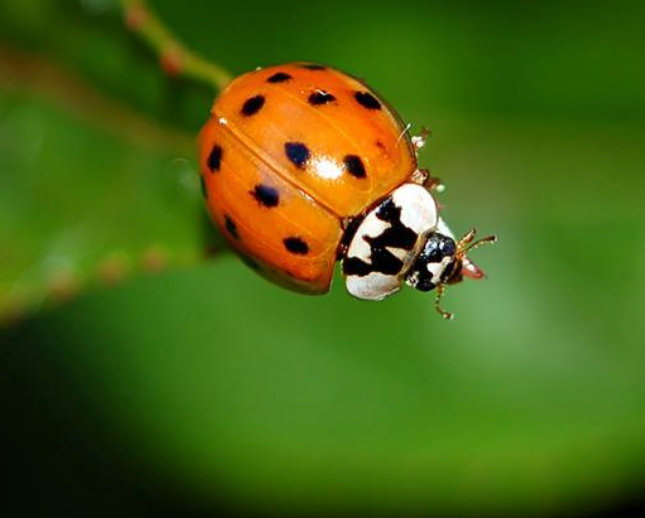 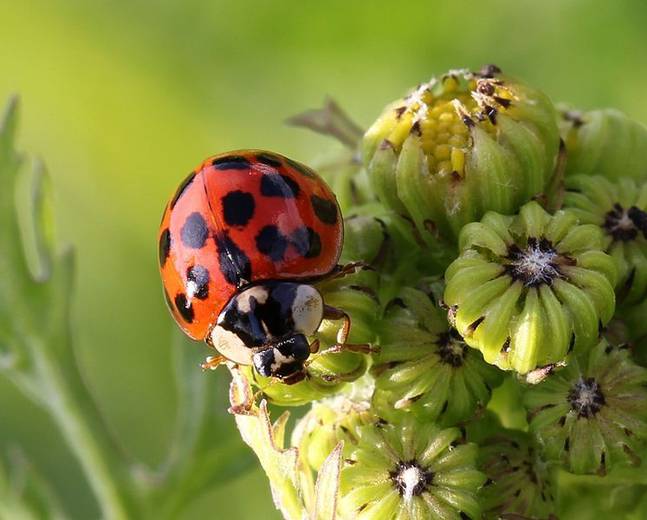 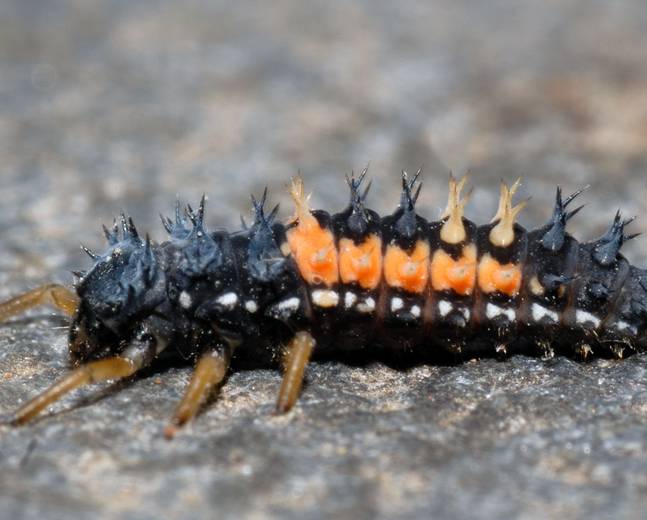 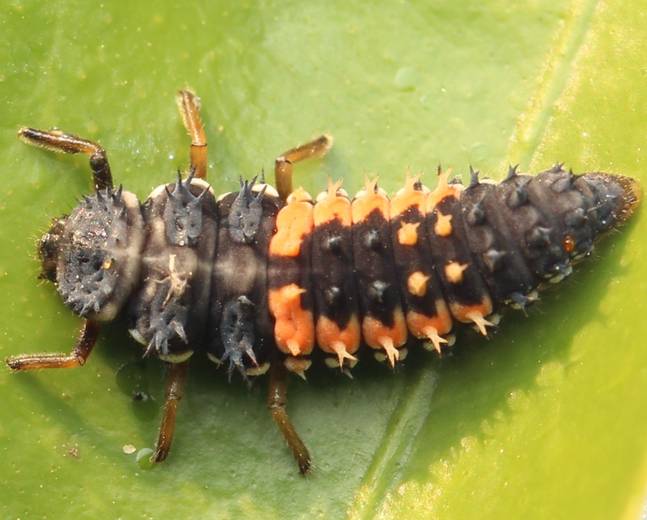 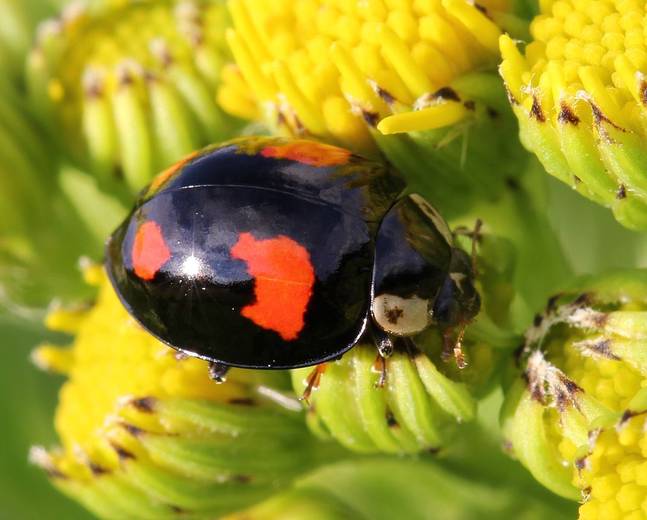 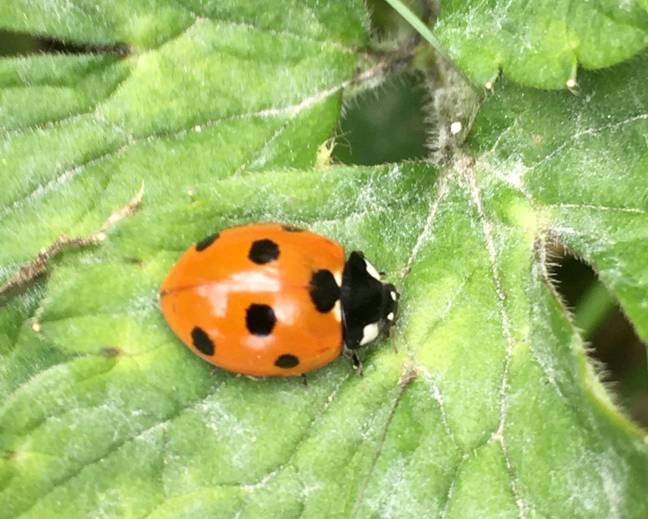 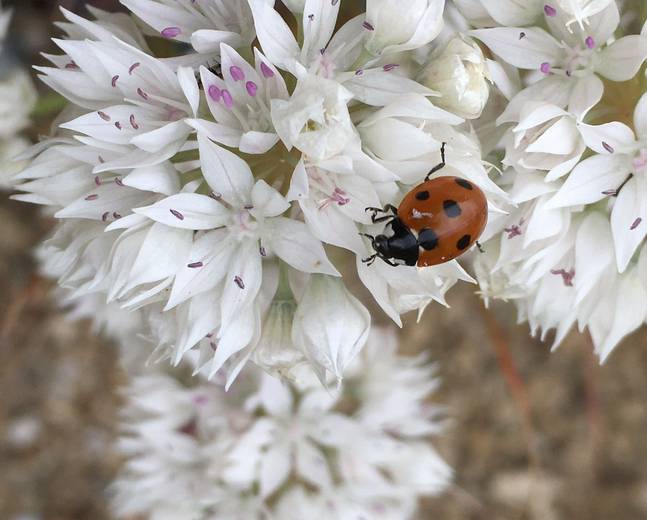 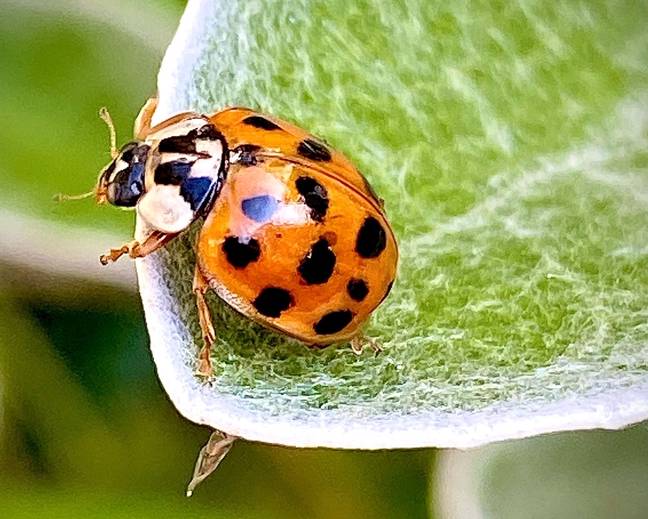 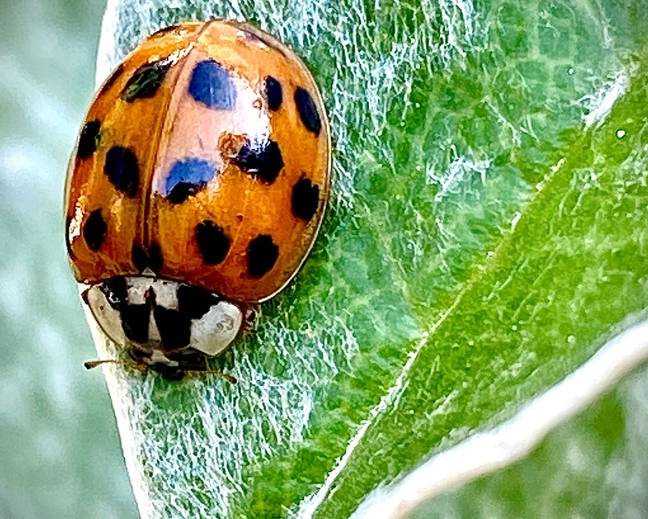 1 of 11
The harlequin ladybird, Harmonia axyridis, causes the most damage to fruit crops, especially grapes as they crawl inside the fruits to feed on them. If infected fruit is harvested, they are notably unpleasant in taste. Nonetheless, harlequin ladybirds provide a wealth of pest control. They're even sold commercially for their enormous appetites. The main worry of this is, these ladybirds may out compete predatory insects native to the UK. There are current surveys in place to assess the impacts of these beetles on British populations.
Free download for your phone or tablet

Harlequin ladybirds are invasive, originating from Asia. They predate the larvae of native ladybird species and have contributed to their decline.

Can be used as an effective form of predatory biocontrol for many garden pest species.

The harlequin ladybird is large, domed in shape and smooth. It grows to around 5.5-8.5mm in length and is commonly orange or red in colour with dark black spots, of which they can have up to 22. This species is one of the most variable in the world, with a huge range of colour forms observed. You can also find them with black with red or orange spots, but may only have 2-4 of these.

Ladybirds such as this one are often obvious to see on your plant leaves and fruits.

Originating from Eastern Asia in central Siberia, Kazakhstan, and Uzbekistan. It is also found across Japan, China, Tawiwan, Korea and Mongolia, throughout Russia to the Himalayas. Established in many locations worldwide, it is now present in the UK after first appearing in 2004. It may be commonly found across southern England into the Midlands.

Harmonia axyridis is a voracious predator, this ladybird commonly feeds on aphids and scale insects. It may therefore be used as effective biocontrol for many plant pest species. It has been introduced to glasshouse, crop field and garden environments specifically for this reason.

Insecticides can be used to control these, as well as sticky traps and manually removing them from the affected areas. However these make a great control species for other more detrimental pests, they feed on aphids and scale insects, which do far more harm to your plants than ladybirds do!

Attracted to dark screening materials that hold warmth.
Free download for your phone or tablet